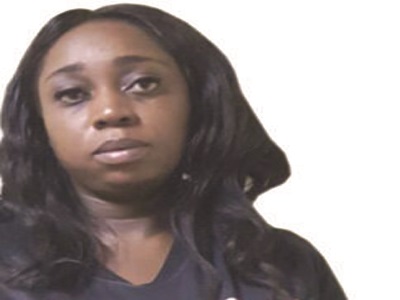 A South African woman, Lekganyane Lerato, will be biting her lips in regret by now after her attempt to smuggle 1.210kg cocaine from Nigeria to her home country was yesterday foiled by officials of the National Drug Law Enforcement Agency, NDLEA.
Lerato, 34, was arrested by anti-narcotics officials at the Murtala Muhammed International Airport (MMIA), Ikeja, in the process of boarding a Johannesburg-bound plane.
The apprentice chef allegedly concealed the powdery substance, which later proved positive for cocaine, in two parcels in her brassiere.
A female operative of the NDLEA made the discovery during passengers’ screening.
Confirming the development, NDLEA commander at the airport, Ahmadu Garba said “The suspect was intercepted during routine screening of passengers on South African airline. The drug was neatly concealed but certainly not good enough to escape our notice. She is currently under investigation and will be charged to court very soon”.
In her confession statement, the South African national said that she was lured into drug trafficking by friends.
The suspect, who said she “never imagined that the drug would be detected because it was carefully concealed inside my brassiere”, confirmed that it was during screening by a female operative of the NDLEA that the illicit drug was detected.
“My travel expenses were handled by the sponsor who promised to pay me $3,000 when I get to Johannesburg but all my dreams have been dashed following my arrest”, Lerato lamented.
NDLEA Chairman and Chief Executive, Col. Muhammad Mustapha Abdallah (rtd.) expressed optimism that the chances of being caught with drugs are getting higher in the country.
“Daily arrest of drug traffickers has validated our superiority. Drug trafficking organisations may try their best but they will end up in prison custody”.