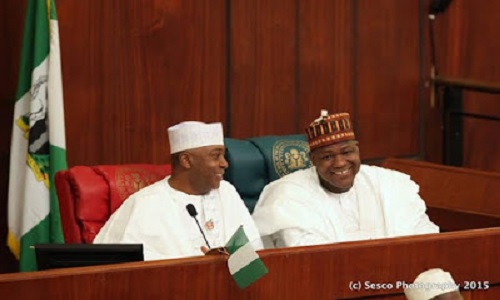 The proposal by some senators and Speakers of State Houses of Assembly for immunity and life pension for presiding officers of the legislature has drawn the ire of human rights activist, Mr. Femi Falana (SAN).
The proposal was made at a retreat on constitution review organized by the Senate Ad Hoc Committee on Constitution Review in Lagos at the weekend.
The retreat also proposed independent candidacy in future elections while rejecting diaspora voting among others, but the issue of life pension and immunity for presiding officers stuck out like a sore thumb with Mr. Falana describing the proposals as “insensitive, irrational and immoral”.
The senior lawyer was particularly piqued that the proposal came at a time many state governments were unable to pay workers’ salaries, saying it depicted high level of insensitivity on the part of the legislators.
He added, “The proposals for immunity and life pension for the principal officers of the National Assembly are insensitive, irrational and immoral.
“Indeed, it is the height of insensitivity for legislators to propose life pension for their leaders at a time that workers are owed arrears of salaries in many states of the federation.
“The proposal to confer immunity on legislators is provocative, to say the least. No serious nation can grant immunity to legislators who have been linked with criminal diversion of public funds, forgery and rape.
“We can assure the concerned members of the public that the satanic proposals of the legislators will not succeed. It is pertinent to inform the legislators that the members of the human rights community have resolved to mobilise the Nigerian people to reject both proposals”.