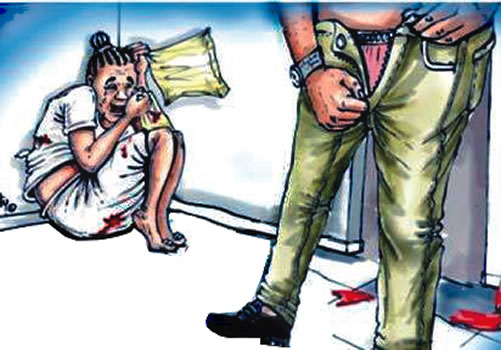 Governor Nasir El-Rufai of Kaduna State has declared war on rapists in the state, warning that his administration will henceforth follow to a logical conclusion, any reported case irrespective of who is involved.

Kaduna has recently witnessed a spike in cases of rape of minors with the perpetrators usually left off the hook following threats to the lives of victims and their families.

The most recent case, which was reported on Friday, involved a 24-year-old man identified as Haruna Tukur, who was remanded in prison custody for defiling a six-year old girl in Kaduna.

The accused was said to have lured the little girl to an uncompleted building in Malali area of the state and had carnal knowledge of her.

Angered by the ugly development, the governor, who spoke through his Special Assistant, Media and Publicity, Samuel Aruwan, vowed that his administration will employ all legal means to arrest the trend.

Lamenting the activities of rapists in the state, Gov. El-Rufai disclosed that a bill is currently being worked upon by the State Assembly to address the issue.

He, however, noted that the 19 northern states governments are currently reviewing the penal code to replace the obsolete punitive measures attached to cases of rape in the region while he urged distressed persons to reach security operatives in the state on the following numbers: 08064810576, 08050366625 for prompt intervention.

“The issue of rape has gone beyond adults alone as it used to be, as minors are now falling victim by the day. The state government is giving a lot of priority to security through multi-dimensional approach to nip the menace in the bud. One of the measures is to ensure that all laws related to issues of crime in the state including rape are strengthened by a way of improving the capacity of the judiciary”, he said.

El-Rufai, therefore, called on the media to join in its massive public enlightenment on rape to sensitize both victims and mothers who find themselves in such situation.