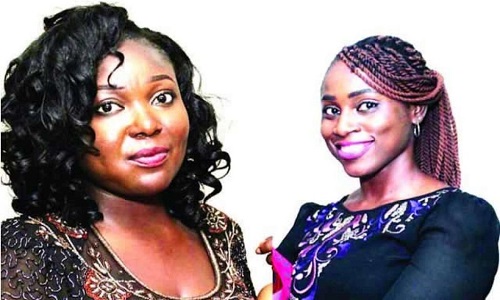 The Elegushi Royal Family in Lagos State has shut down the Elegushi private beach in honour of two Post-graduate Students of the University of Lagos, UNILAG, who drowned about two weeks ago.
The victims – Adesola Ogunmefun and Funmilayo Odusina – were reportedly swept away by strong torrents while swimming in the ocean during a birthday party penultimate Sunday.
Their remains have since been recovered and buried by their bereaved families.
The Elegushi family closed down the beach ahead of the visit by the state government’s investigation team.
It was further learnt that the family took the measure to improve the safety and management standards at the beach as well as to allow unhindered investigation of the incident.
In a press conference held yesterday in the Elegushi Palace in Lekki, the family’s spokesperson and Asiwaju of Ikate Land, Prince Olanrewaju Elegushi, condoled with the bereaved family, regretting the “unfortunate incident”.
The royal family also used the press conference to debunk the claim that the students died at the beach, pointing out that they were rescued alive but died on the way to the hospital.
Prince Elegushi said the safety facilities at the beach were up to the standards, adding that necessary safety measures, including the provision of lifeguards and ambulances, were provided at the beach in line with international best practice.
He said: “We want to set the record straight on the incident that happened at the family beach on June 5. We want the public to know there was high and strong ocean tide on that day and visitors were warned not to swim beyond a dedicated danger line where we hoist a red flag to indicate strong ocean tide.
“We achieved substantial per cent compliance, but some visitors still went ahead to swim beyond the flag despite constant warning by our lifeguards. When the victims drowned, our lifeguards plunged into the ocean and rescued them alive. Let it be on record that none of the victims died on the spot as reported.
“Immediately they were rescued, the victims’ friends, rather than allowing experts to give first aid and resuscitation exercise, they carried the victims and drove to the hospital, where the two students died. It was very sad and we commiserate with the family. The family has decided to temporarily shut operation of the beach in honour of the victim and to allow investigation”.
The Elegushi family noted that the period of the closure would enable the beach management to improve safety standards.
In its immediate response to the incident, the Lagos Government through the Commissioner for Waterfront and Infrastructure Development, Mr Ade Akinsanya, said it would investigate alleged recklessness on the part of the beach management.
Mr. Akinsanya added that government would, henceforth, punish beach operators that fail to comply with safety standards.