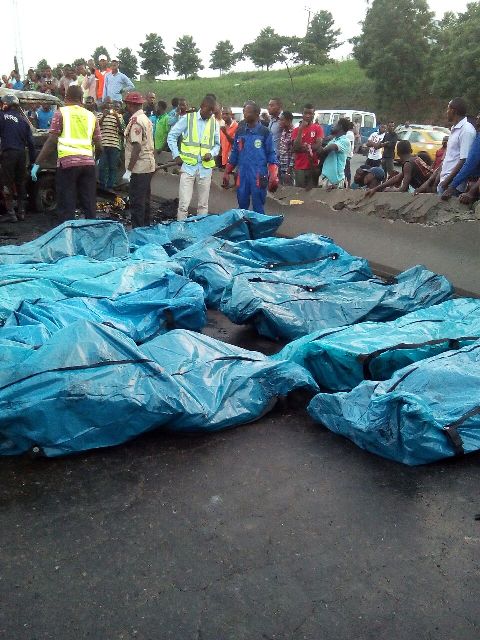 Eleven people have been burnt to death in a ghastly motor accident that occurred on Otedola Bridge, Berger area of Lagos, Southwest Nigeria on Thursday evening.

Those who died in the accident include eight males and three females, Lagos State Emergency Management Agency, LASEMA, has confirmed.

He said the 14-seater passenger Volkswagen commercial bus with Lagos colour lost its brake, somersaulted and burst into fire.

“Eleven persons, which include three female and eight male were burnt dead. Three persons were rescued alive and were taken to the accident and emergency unit at toll gate,” he confirmed.

Akindele said the bus was moving inward Berger before the accident occurred on Otedola Bridge around 6.10 pm. 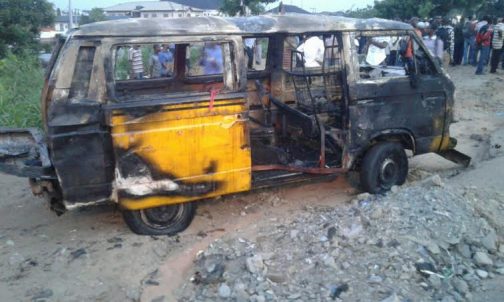 Police Public Relations Officer, PPRO, Dolapo Badmos also confirmed the tragedy, saying it occurred around 6.00pm, adding that the command’s operatives from Isheri-Berger Division received a call that an 18-seater bus heading towards Berger from Mushin was involved in a lone accident and caught fire. 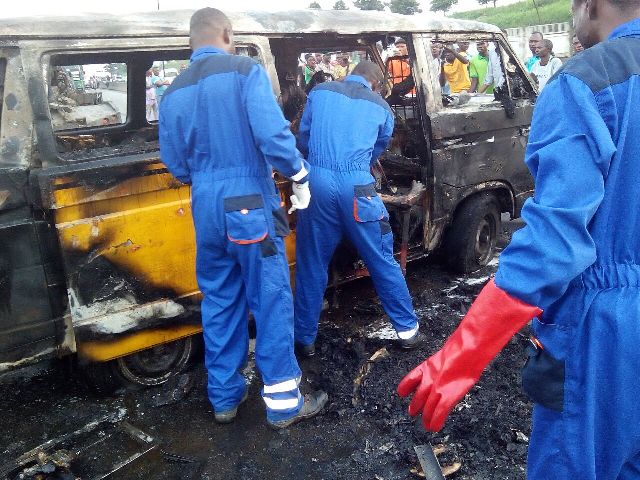 “A total number of 11 people comprising three women and eight men were burnt to death instantly, while four others have been rushed to the hospital. The vehicle which was on speed, the police learnt, suddenly lost control when the tyre burst and subsequently tumbled three times before it went up in flame. 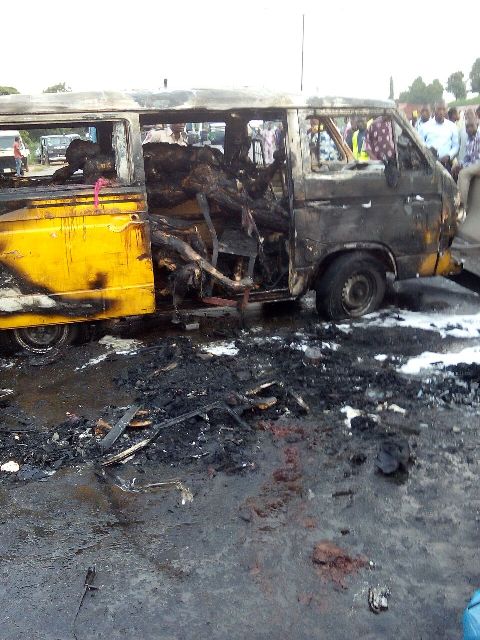 “Investigation revealed that the driver of the vehicle escaped the inferno and later fled the scene immediately the accident occurred. Policemen and fire fighters were on ground to put out the fire and clear the obstruction the accident might have caused,” she said.