​Sports manufacturer Adidas, seem to be interested in the stars that wear their jerseys this season after uploading onto their website a replica Chelsea shirt featuring the name of Leicester City’s star man Riyah Mahrez and the number seven.

The image is apparently news to fans of both clubs’ supporters, since there has yet to be any formulated interest in the player, despite him being linked with the Blues and Arsenal.

The ‘revelation’ was spotted by an eagle-eyed Chelsea supporter, which subsequently garnered much fan attention. 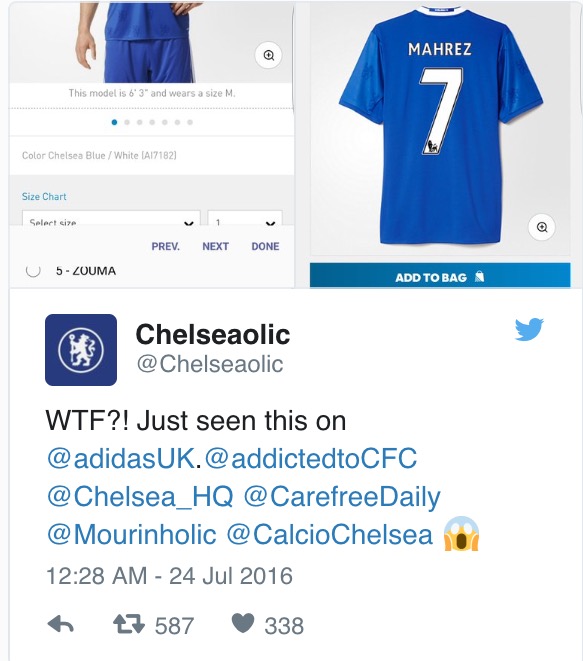 Adidas later changed the replica shirt to instead feature their diminutive Spaniard, Pedro, although it did nothing to abate suggestions that the sports manufacturer know about the fate of Leicester’s Algerian star Mahrez.

To douse the anxiety created by Adidas, Chelsea have now assigned the No7 shirt to N’Golo Kante.