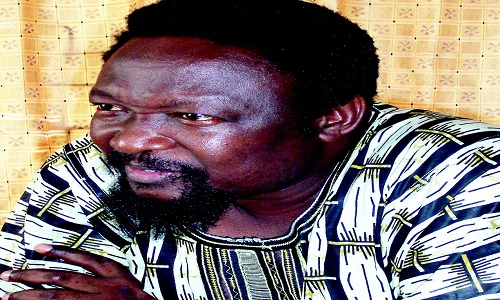 An arrest warrant has been issued by a High Court in Ijero Ekiti, Ekiti State against the State Chairman of the All Progressives Congress (APC), Jide Awe, and three others, namely Faboro John Ojo, Aniramu Basiru and Falayi Busuyi for their alleged involvement in murder.

The four are accused of being responsible for the murder of Ayo Jeje and Juliana Adewumi in Erinjiyan-Ekiti, Ekiti State, on March 30, 2013.

Justice E. B. Omotoso of the Ijero-Ekiti High Court, who granted the order on Monday, said the Ekiti APC chairman and the three other accused persons must be brought to court by the police on October 5, 2016.

The warrant of arrest dated July 27, 2016, was issued based on the prayer of Counsel to the Ekiti State Government, Yakubu Dauda, who asked the court to invoke Section 94 of the Ekiti State Administration of Criminal Justice Law of Ekiti State to compel the appearances of the accused persons before the court.

“Consequently, I hereby invoke the provisions of Section 94 of the Ekiti State Administration of Criminal Justice Law of Ekiti State by ordering that Bench Warrants be issued against the 1st, 2nd, 3rd, and 4th defendants to compel their appearances before this court at the next day of adjournment and subsequently to stand for their trial.

“Consequently, this matter is hereby adjourned till 5th of October, 2016 for hearing”, the judge ruled.

The State Attorney-General and Commissioner for Justice, Owoseni Ajayi, said “the court order will be served on the police with immediate effect, hoping that it will be complied with strictly”.

It would be recalled that Mr. Ajayi had in a July 8, 2016 letter to the IGP and copied to the Attorney General of the Federation, National Human Rights Commission and the Ekiti State Commissioner of Police, decried the refusal of the police to arrest the accused persons despite several requests.