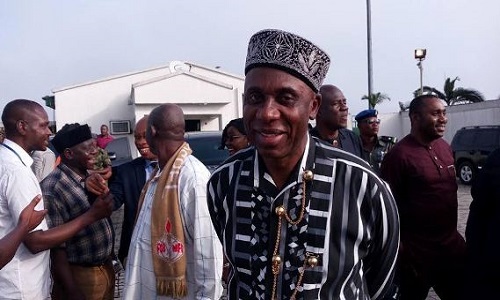 The Rivers State Government yesterday accused the immediate past Governor and current Minister of Transportation, Chibuike Rotimi Amaechi, of frittering N3 trillion belonging to the State in eight years.

The Nyesom Wike-led Rivers Government said Amaechi left the “most abandoned projects in the history of the State”.

The Commissioner for Information, Dr. Austin Tam-George, who levelled the allegation against the former governor, noted that while Amaechi’s administration borrowed N4 billion agricultural loan from the Central Bank of Nigeria with no record of farmer-beneficiaries, Governor Wike’s N2 billion loan from the same source, had recorded 35,000 beneficiaries that were small and medium scale entrepreneurs.

In a reaction, however, the opposition party in the state, the All Progressives Congress (APC), said the allegation was unfounded, as Amaechi could not have wasted such sum under any guise.

Finebone said, “For once, you guys should ask the Commissioner what was used for those uncompleted projects he claimed was abandoned. It is important he cross-check his records so that he can overcome his little dream world of make-belief”.