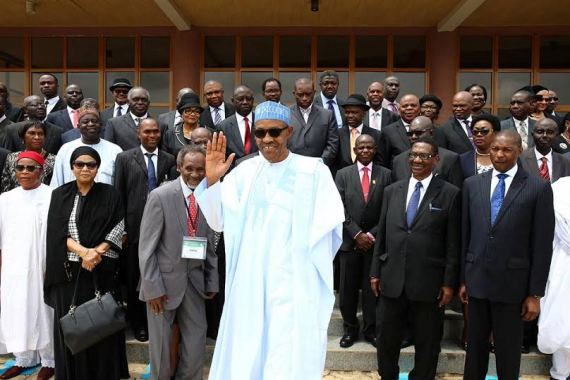 President Muhammadu Buhari has tasked the nation’s judiciary on the need to be impartial in handling all the corruption cases currently before it.

He gave the charge at the National Judicial Institute, Abuja on Monday at the commencement of a workshop, with the theme: “The Role of Judiciary in the Fight against Corruption”.

He, therefore, said the judiciary must be impartial and be seen to be so even as he warned it against acting in any way that would favour the interest of those concerned in the ongoing anti-corruption war.

Buhari also urged the nation’s judiciary to maintain its absolute independence and “take steps to ensure it is not seen as being impartial”.

The president, who expressed worry over the delay tactics by defence and prosecution lawyers in the ongoing trials of alleged corrupt Nigerians, maintained that the fight against corruption remained his government’s priority in the face of the current economic downturn. 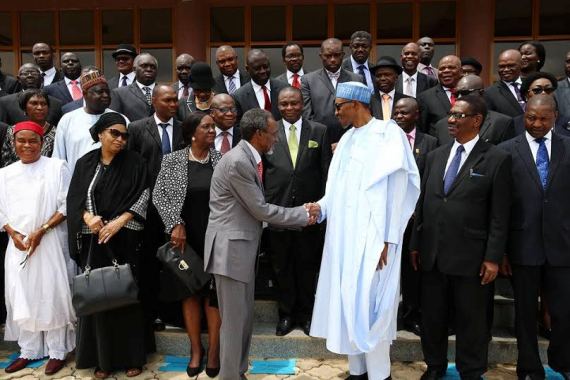 He, however, stated that progress could not be said to be made when the judiciary is seen to be distanced.

While describing the anti-corruption war as a task for all stakeholders, the president maintained that the judiciary is duty-bound to keep its house in order.

President Buhari, who said his administration was counting on the judiciary and was committed to promoting and supporting it, also urged the judiciary to count on him for support “so that we can together rid our country of the cancer of corruption”.

According to the president, a corruption-free Nigeria is possible.

“Every arm of government should be the change we want to see in our country”, he advocated.

He said the workshop was timely as it offered Nigeria a unique opportunity to agree on basic tenets that would make her efforts acceptable to all right-thinking people.

He said the responsibility of the judiciary in a democratic society like Nigeria is a critical one.

Buhari described corruption as a global phenomenon which knows no boundaries as it exists in all countries, in public and private sectors as well as in all facets of society.

However, he pointed out that the problem of corruption is much more pronounced in some countries than others, adding that “it is more complicated in developing countries”.

President Buhari also stressed that corruption is a challenge to peace, stability, justice and democracy.

Earlier in his welcome address, the Chief Justice of Nigeria, Justice Mahmud Muhammad, had said that the responsibility of fighting corruption lies with all Nigerians.

“We cannot continue to do things the same way and expect different results”, the CJN said.