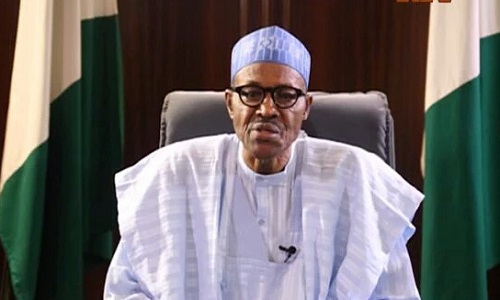 A new Chief of Defence Intelligence (CDI) has been appointed for the Armed Forces. He is Air Vice Marshal Mohammed Saliu Usman.

Usman takes over from Major General John Saduana Davies, who had been on acting Capacity since January 2016, when the former CDI, Air Vice Marshal Monday Morgan, retired.

According to the Armed Forces Statutes, the position of CDI, which is the apex in the intelligence community, is rotated among the services.

With the Army and Navy serving their terms of three years, it reached the turn of the Air Force to occupy the position but AVM Morgan, who got appointed when President Muhammadu Buhari assumed office in 2015, was caught up with ‘run out date’ (ROD) and had to retire.

Major General Davies was therefore appointed on acting capacity until a substantive CDI, whose recommendation was approved by President Buhari, was appointed.

He was also a one-time Security Officer to a former Chief of Air Staff, Air Marshall Isaac Alfa (rtd).

His last appointment until his recent elevation to the position of CDI was Director of Air Intelligence at the Nigerian Air Force Headquarters.

Speaking while taking over at DIA, Usman expressed gratitude to God and to President Buhari for the appointment, promising to work in synergy with the services to ensure peace and security for the nation.

“Eight months ago, I was posted from here (DIA), to the NAF headquarters. I never knew that I will come back this way. I have taken it as an act of God. My doors will be open to all and I will be fair to all and I will carry everybody along”, he told officers and men of the Agency.

“I want to urge all of you to be up and doing because we are in challenging times. Let us put integrity into all that we are doing. Let us consider DIA as one family and let our actions speak for us”, he said.

The newly appointed CDI congratulated Major General Davies for his services to the nation noting that “during the short time he spent as Acting CDI, he took the organization to a very high level” adding “I will continue from where he stopped”.