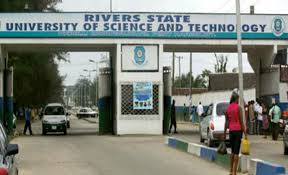 The Medical School of the Rivers State University of Science and Technology, Nkpolu, Port Harcourt will take off in September this year.

Rivers State Governor, Chief Nyesom Wike, who announced this while commissioning the new Secretariat of the Nigerian Medical Association (NMA), Rivers State branch, said the establishment of the medical school was aimed at developing the manpower need of the state in the health sector.

The governor, who was represented by his Deputy, Dr Ipalibo Harry Banigo, also disclosed that the Health Insurance Scheme of the state would be implemented as soon as the necessary documentation is completed.

He said the state government has concluded plans to reform the state’s tax system with a view to harmonising the various taxes being paid by the private sector to reduce the issue of double taxation.

Wike stated that apart from what the government was doing in the health sector, other social services such as the provision of street lights and the current war on cultism and kidnapping are efforts being made to reduce the incidence of kidnapping of law-abiding citizens and medical practitioners in the state.

“Let me assure you that we are committed to the issue of security as we are working to ensure peace and sanity in the state.”

The governor urged medical practitioners to always uphold the ethics of the medical profession by being efficient, committed, passionate and diligent in the discharge of their duties and announced the donation of N50million to support the new NMA secretariat building project.

Also speaking, the Chairman of the occasion, Chief O.C.J. Okocha, SAN, who described the medical profession as a highly respected one, expressed the hope that the NMA conference would proffer solution to the many challenges facing health care delivery system in the state.

In his speech, the Royal Father of the Day, King Alfred Diette-Spiff challenged medical practitioners to live up to their callings as health care providers.

Earlier, the Chairman of the State branch of the Nigerian Medical Association, Dr. Furo Green, had commended the Rivers State Government for making good its promises to health workers in the state, and urged medical practitioners to work towards redeeming the health sector.