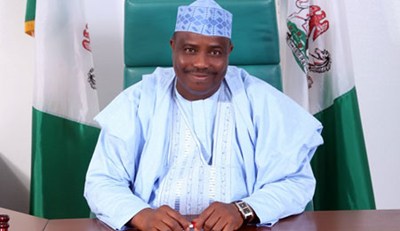 he Sokoto State Government on Thursday said it has discovered about 12,915 ghost workers on the payrolls of the 23 local government areas of the state.

The Commissioner for Local Government and Community Development, Alhaji Mannir Dan-Iya, made this revelation while addressing newsmen at the state capital.

He said: “The ministry, through the monitoring department and other stakeholders have concluded a local government junior staff verification of about 58,143 workers, comprising of scheduled and unscheduled staff.

“The verification exercise yielded fruitful result, whereby about 12,915 workers, comprising of seat-at-home and ghost workers were fished out of the local governments’ staff payrolls.

Alh Dan-Iya added that, “The state government also saved over N 319 million from the exercise, hence, it was a huge success.”

The commissioner stated that most of the issues associated with “human errors” are being addressed in collaboration with stakeholders as he added that similar exercises would be conducted on senior staffs receiving salaries via their respective banks.

The internally generated revenue of the local governments had been boosted by the ministry through engaging with consultants, Dan-Iya added.