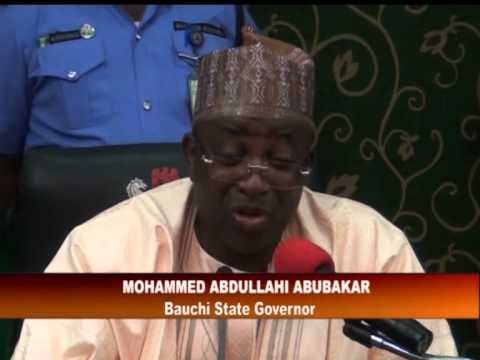 Suspected political thugs yesterday attacked the convoy of Bauchi State governor, Mohammed Abubakar after leaving Eid prayer ground
along Bakaro road which is said to be a notorious haven for political thugs.

The attack caused chaos as the thugs damaged the vehicle conveying the government house press centre as the driver tried to escape
while other vehicles diverted direction, for safety.

An eyewitness account said the thugs laid ambush at the main roads where the governor was expected to pass, chanting slogans such as “Bamayi, meaning, we are not with you, “we don’t want you as governor.”

During the attack, several youths and women were seen openly castigating the governor for allegedly failing to address the plight of the people of the state.

It took the intervention of respected individuals to calm the angry youths, though there were no arrests by Police yet.

Some residents of the state, who spoke on the condition of anonymity, vowed not to support the governor for a second term following perceived failure to address the challenges of the state.