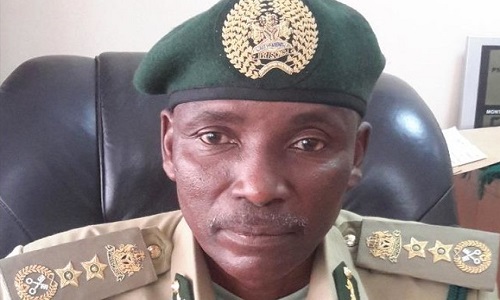 The Nigerian Prisons Service has retired two of its top officials from service.

The spokesperson for the prisons service, Francis Enobore, announced the retirements in a statement on Monday.

The retirement of Messrs. Suley and Salami was due to their seniority over the current Controller-General of Prisons, Ja’afaru Ahmed, the statement added.

“The letter signed by the Secretary of the Board, Alh. A. A. Ibrahim dated 28th June, 2016 indicated that the decision was taken due to the officers’ seniority in service to the new Controller-General of Prisons and in consonance with military and paramilitary convention.

“While wishing them good luck in their future endeavours, the (CDFIPB) commended the officers for their contributions to the development of the Nigerian Prisons Service”.

It would be recalled that Ahmed was appointed Prisons boss by President Muhammadu Buhari after the retirement of Dr. Peter Ekpendu from service on May 17, 2016.