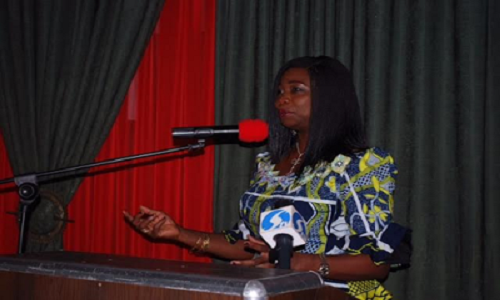 The federal government has assured Nigerians that it has not neglected her citizens in Juba, South Sudan, as discussions about their safety is ongoing.

Senior Special Assistant to President on Foreign Affairs and Diaspora, Abike Dabiri-Erewa, told the News Agency of Nigeria (NAN) on Thursday in Abuja, that plans are afoot to evacuate Nigerians from the war-torn country.

Fighting broke out in Juba on July 7, in the world’s newest country as troops loyal to President Salva Kiir and First Vice-President Riek Machar engaged in a fierce battle.

After five days of fighting and uneasy calm returned to the South Sudanese capital on Tuesday, no fewer than 272 dead bodies were counted in the aftermath of the bloody conflict.

While some countries moved swiftly to evacuate their citizens while the fight raged on, Dabiri-Erewa blamed the delay on Nigeria’s part to logistics and the non-willingness of citizens affected to return home.

The SSA, who spoke through her media aide, Abdul-Rahaman Balogun, also dismissed the claim that 100 Nigerians living in Juba were stranded.

She said the federal government had offered to evacuate Nigerians from Juba in the early stage, but the delay was due to logistics, but that there was no immediate threat to their security and safety.

However, many refused due to their businesses that needed to be secured.

“Many of them demanded they should be evacuated to the neighbouring countries like Kenya and, DRC or Central African Republic because of their investment in Juba”, he said.

According to her, most of them have very good investments

in Juba and they are afraid of losing them, so they don’t want to be far away from it even if they are evacuated.

Mrs. Dabiri-Erewa however assured that there has been a regular contact with the Nigerian mission in the country and necessary steps are being taken to ensure safety of the people.

She explained that although relative calm had returned to the country, the federal government was still ready to evacuate those willing to come back home as soon as possible.

The Spokesperson for the Ministry of Foreign Affairs, Clement Aduku, had earlier said the ministry was monitoring the situation in Juba.

Aduku said the Nigerian mission in South Sudan was in contact with the ministry, while assuring that the welfare of Nigerian citizens in the country is guaranteed.