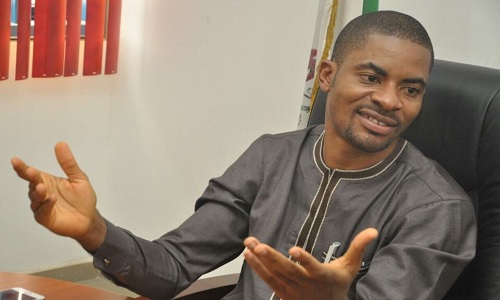 Immediate past governor of Kogi State, Idris Wada, has described as criminal, claims that he has endorsed one Deji Adeyanju as his candidate for the National Publicity Secretary of the Peoples Democratic Party, PDP, in its August 17 national convention scheduled for Port Harcourt, Rivers State.

Mr. Adeyanju, the current PDP Director of New Media, picked his nomination form in Abuja on Monday to contest for the position of publicity secretary of the opposition party.

There were speculations that the aspirant was the candidate of the former Kogi State governor, an allegation he denied on Saturday.

According to Wada, Kogi State PDP stakeholders have not yet said anything regarding any endorsement plans on anyone, “even though we are going to come together and select the best candidate with the required performing skills for the position”.

The former governor made his position known in a statement issued in Abuja by his Personal Assistant, Ibrahim Abdulkarim Wada.

The statement read: “My attention has been drawn to a publication in Vanguard Newspapers claiming that I, Idris Wada endorsed Deji Adeyanju for the office of the National Publicity Secretary of our great party, the Peoples Democratic Party (PDP). It is indeed a situation I call unfortunate because that is not coming from me. As the leader of the party in Kogi state, it is my duty to see to it that we build a wall that can stand the test of time, and not moulding on a cracked wall.

“I want to first of all state clearly here that at no point did I ever endorse any one for such a highly esteemed office, knowing the gravity of what it takes to operate from such an office. I wouldn’t have made such a monumental mistake knowing the kind of impression such will breed up.

“The above claim that I endorsed Deji Adeyanju, is rather unfortunate because our polity is becoming more intimidating where candidates decide to use the powers at their disposals to scare others off the race, but it is not supposed to be so.

“As for Alhaji Ibrahim Idris (Ibro), the two-time Governor of Kogi State, he has never meet Deji Adeyanju for once and it is practically impossible for him to endorse a candidate he has never met.

“The Kogi State stakeholders have not yet said anything regarding any endorsement plans on anyone, even though we are going to come together and select the best candidate with the required performing skills for the position. But for now we are yet to do that.

“I call on all the contestants to please conduct themselves and avoid venturing into ways which are against the ethics of democracy because using someone’s name to gain favour without such a person’s consent is a crime, not only to that person but even before the eyes of the law.

“As I speak to you right now, even the two former governors of Kogi state whose names were mentioned as part of the endorsement have also denied the said involvement in the endorsement saga, and have warned also that until the entire Kogites sits, there will be no presentation or rather endorsement of any candidate.

“I am a man of repute and always belief that whatever is worth doing should be done well. Politics is devoid of sarcasm and forgery. We Kogites will not give too or part of evil intentions as far as the restructuring and building of PDP is concerned.

“I, Captain Idris Wada, therefore disassociate myself and the working body of Kogi state PDP from the said claim of endorsing Deji Adeyanju or anyone for now as screening of candidates has not yet been conducted. So there cannot be anything of such until we meet as a body and as a family which we are. Then we can come up with the best candidates to handle the image making office of our party, PDP.

“Lastly, I want to also call on all party faithfuls to embrace peace for the interest of the party. Let us not see this formation of the incoming National Working Committee (NWC) as a do or die affair. I believe that we are all fighting to arrive at the same point even though we are using different ways. But let’s be moderate and always allow the spirit of sportsmanship to play a major role”.