On Saturday, August 27, the news about controversial radio presenter, Freeze being sacked from Cool Fm sent shock waves among fans of the popular media personality. 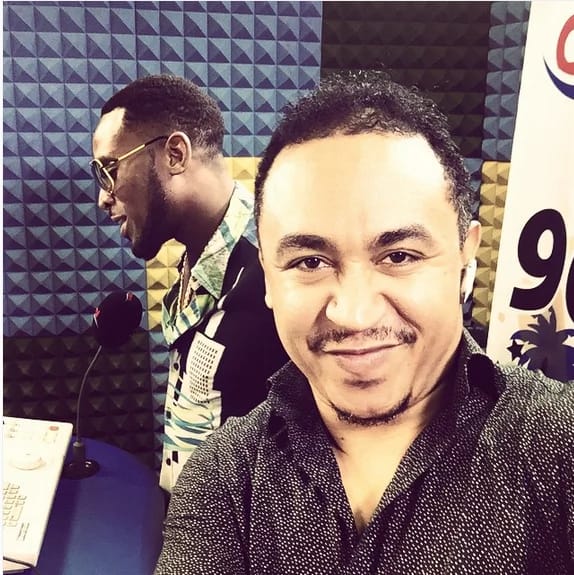 Contrary to that report, the On Air Personality has come out to deny he was sacked by the management of Cool FM, and plans to sue the bloggers that broke the news.

Freeze disclosed that though there are issues over presenter’s fees in the organisation, he won’t divulge details out of the respect he has for his boss, Amin Mousalli.

“Yes, there are issues stemming from a meeting over presenters fees yesterday, details of which I choose not to discuss, because of the respect I have for Mr Moussalli and his family, but trust me, it has ABSOLUTELY NOTHING to do with Basket mouth or social media…….” he wrote. 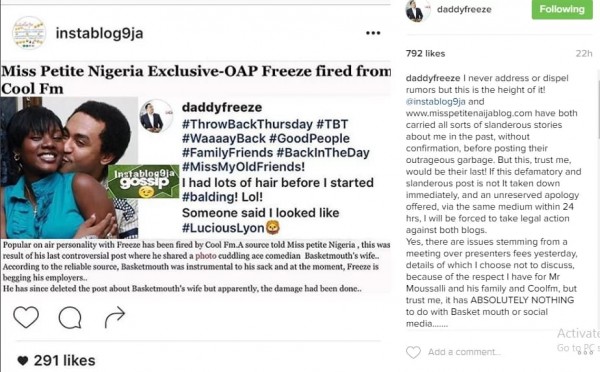 However, Freeze threatened to institute a lawsuit on the blogs that reported his alleged dismissal for slandering his personality.

“I never address or dispel rumors but this is the height of it! @instablog9ja and www.misspetitenaijablog.com have both carried all sorts of slanderous stories about me in the past, without confirmation, before posting their outrageous garbage. But this, trust me, would be their last! If this defamatory and slanderous post is not taken down immediately, and an unreserved apology offered, via the same medium within 24 hrs, I will be forced to take legal action against both blogs,” he wrote.

Meanwhile, a copy of a disclaimer announcing that Freeze has been disengaged from Cool FM is currently circulating online, which has made the development more complicated. 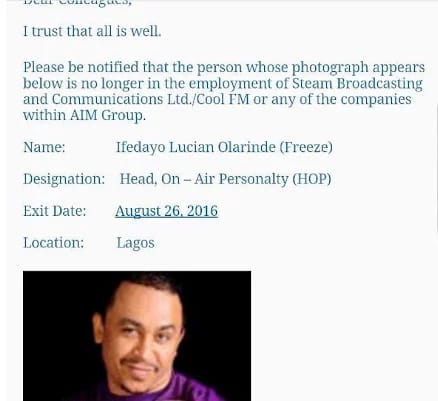