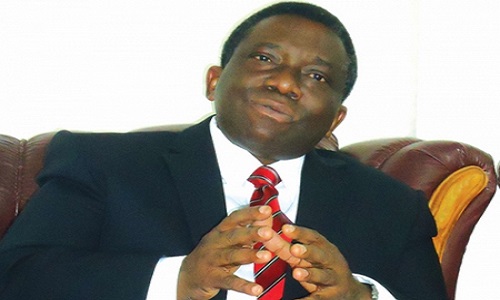 The Federal Government has broken its silence on the fresh outbreak of Wild Polio Virus (WPV) in Gwoza and Jere local government areas of Borno State, blaming the infections on activities of the Boko Haram insurgents.

Two children were affected in the latest outbreak of the virus, which has caused a setback for Nigeria’s progress towards attaining a polio-free status.

The Minister of Health, Prof. Isaac Adewole, who confirmed the cases yesterday in Abuja, described it is an unfortunate development.

The World Health Organization (WHO) recently de-listed Nigeria from the list of polio endemic nations and was waiting till next year to be certified polio-free but this development has thrown spanner in the works of the country’s chances of being certified polio free by 2017.

The last time a polio infection was recorded in Nigeria was in June of 2014.

The health minister, however, assured the country that government was on top of the situation, adding that an emergency plan would be marshaled out in 48 hours.

As an immediate response, Adewole said a team will be deployed to Borno to begin immunization, even as he assured that there was enough funding to tackle the virus.

About one million children will be immunized in four local government areas in Borno under the immediate response plan.

Children in neighbouring Yobe, Adamawa and Gombe will also be immunized, bringing the number to about five million in the four states.

The minister said: “It is unfortunate that we have the development; it has set us back, but I can assure you that we will do everything possible to address the situation. We are meeting again today; we had a meeting yesterday to assess the situation; we will be drawing out an emergency plan and in the next 48 hours, a team will be dispatched to start immunization.

“We would do three rounds of special immunization campaigns to make sure that we contain the situation.

“One of the cases is from Gwoza, which is close to the border; the other is Jere. We suspect that both are linked to the insurgents’ eclipse. Mr. President had last week observed that as we liberate more areas, we should expect challenges, but we did not expect there would be polio; we were expecting nutritional and other challenges.

“As a nation, we will rise up to the challenge. We are assured by our international partners and we will launch a robust response. We had a meeting with the World Health Organisation (WHO) and other partners yesterday; we are meeting again today; we are in touch with the Borno State Governor as well as the Bill and Melinda Gates Foundation.

“Though we have degraded the insurgents, there are a few hit and run cases which have endangered security in the area. We have also set up a special team to monitor the Lake Chad basin.

“We have enough funding for immunization in the 2016 budget. We have more projections for 2017 and 2018.  We are robustly supported by international partners and we have signed on to a World Bank loan to ensure that we have enough funding. So money is not the issue; the issue has to do with the access and the insurgency operations”.