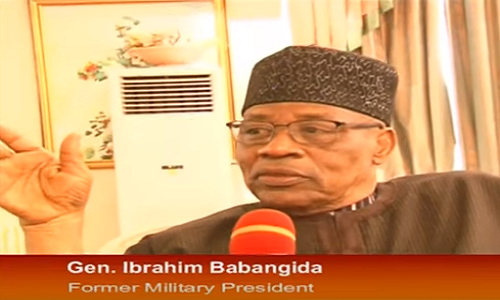 Former Military President, Ibrahim Badamasi Babangida, on Tuesday looked back on some of the actions he took as Nigeria’s ruler and came to the conclusion that if given a second chance, he would have acted differently.

The gap-toothed retired army general, who nearly plunged Nigeria into a civil war with his annulment of the June 12, 1993 presidential election, also said he is not the “evil genius” that people paint him.

Speaking to journalists on Tuesday at his Uphill residence in Minna, the Niger State capital as part of activities to mark his 75th birthday, the former military president said he regretted his inability to scrap the National Assembly or make its membership optional.

He said, “During my public life, there were several decisions we took as military officers or as political officers (when I was a dictator) that if given another chance, I would do differently. For example, in 1989, we proposed that the National Assembly should be optional, that is part-time.

“I still believe that if I had the opportunity, I would make the National Assembly part time. I believe in that very strongly and is parts of efforts to cut down the cost of governance in Nigeria”.

The elder statesman also lamented that several people in Nigeria still judge him based on decisions he took in the past.

He insisted that people have “misjudged and misinterpreted” his actions over the years.

“I am not the evil genius that quite a lot of people consider me that I am. I have had a very excellent background and training. We have to love one another however, I can understand the feeling people have towards me”.

“By the virtue of the job I was doing, I was bound to be misconstrued and my actions misinterpreted as evil. I consider what people say as an opinion as long as I am not what you think I was, I feel satisfied”, he added.