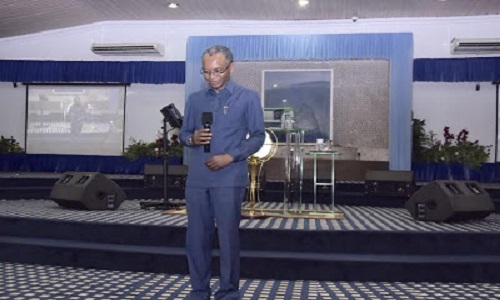 Governor of Kaduna State, Malam Nasir El-Rufai, has empathized with President Muhammadu Buhari over the downturn in the nation’s economy.

The governor said Buhari has been unfortunate to lead the country on two separate occasions when it was passing through difficult and turbulent periods.

President Buhari won the election in March 2015 and was sworn-in on May 29, 2015, on a promise of change and improvement in living conditions of the citizenry. But over one year after he took over the reins of leadership, Nigerians have continued to groan under the weight of economic hardships occasioned by a hike in the pump price of petrol, foodstuffs, other commodities and devaluation of the naira, which is at an all-time low against the American dollar.

While the government says it is working hard to alleviate the suffering of the masses, whose votes swept away an incumbent president, Nigerians are fast becoming impatient and losing faith in the Buhari administration.

Mr. Buhari, who was military head of state between 1983 and 1985, seized power through the barrel of the gun, removing the “hopelessly corrupt” civilian administration of Alhaji Shehu Shagari in the process.

But just like then and now, the joy and high hopes that greeted Mr. Buhari’s ascension to power were short-lived.

Alluding to the unfavourable odds that stood against Mr. Buhari when he was military ruler and now as democratically-elected president, Gov. El-Rufai, who attended the Sunday Service of the Latter Rain Assembly, Lagos, yesterday, said: “We have always known that there is massive corruption in Nigeria but the revelations of the past one year have shocked even the most pessimistic of critics”. 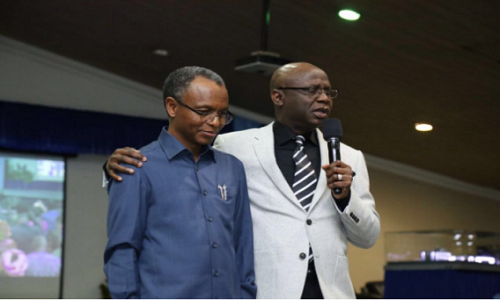 According to him, nearly 70 percent of Nigeria’s oil revenues disappeared without a trace, adding the consequence of the disappearance, is what Nigeria is paying dearly for today.

“When we sit down with President Buhari these days, I pity him. I pity him because he has always become president anytime Nigeria is in trouble. First, it was after the NPN (National Party of Nigeria) government had almost grounded the economy (in 1984) and now, after a massive looting of the nation’s treasury; and he has to lead the team to fix it”, El-Rufai told the congregation.

The governor, however, assured that the All Progressives Congress-led federal government is working assiduously to fix the problems inherited from the past governments.

“But we are working round the clock to fix these problems. With your prayers and the cooperation of Nigerians, we shall surmount these problems”, he declared.

Mr. El-Rufai also said he was able to become governor of Kaduna because the Serving Overseer of the Latter Rain Assembly and one-time running mate to Buhari, Pastor Tunde Bakare, had invited him to join the now defunct Congress for Progressive Change (CPC) in 2011.