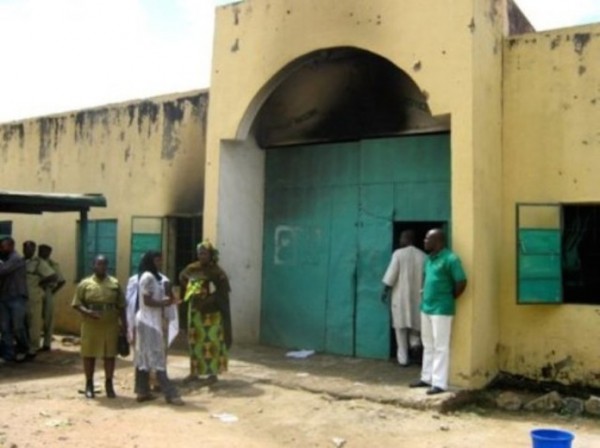 The Ebonyi Controller of Prisons, Mrs Adaobi Oputa, on Thursday confirmed that there was an attempted jail break at the Abakaliki Prison.

Oputa, who disclosed this in a telephone interview with the News Agency of Nigeria (NAN), however, said that the situation had been brought under control.

She explained that the incident which occurred around 9. 30 a.m. on Thursday ensued as a result of some inmates refusing the early morning routine search in their cells.

“Yes I can confirm that there was an incident at the Abakaliki prison this morning. This was as a result of some inmates refusing the routing search in their cells.

“But I can assure you that everything has been brought under control without any inmate escaping from the prison”, she said.

She confirmed that some inmates actually tried to escape from the prison by trying to break one of the walls but that the situation was brought under control by the combined efforts of the armed squad of the Prisons, the Police and Military personnel stationed at the prison.

The Controller said that she had to call for reinforcement from the state Police Command to arrest the situation.

She said some inmates were injured in the process and were currently receiving treatment in the hospital.

She, however, denied that the riot was triggered by inmates protesting poor quality of food and welfare.

“Yes, we got information about the riot but I cannot make any categorical statement yet on the incident because we have very little information concerning the incident”, Okafor said.

NAN reports that the Abakaliki prisons that was built by the British Colonial Government to accommodate 300 inmates presently houses no fewer than 1000 inmates. (NAN)