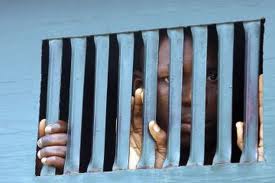 Five of the 13 prisoners that broke out of the Koton Karfe Medium Security Prison in Kogi State have been re-arrested by security operatives in the early hours of Saturday, according to the Controller-General of Prisons, Ja’afaru Ahmed.

The Public Relations Officer of the Service, Francis Enobore disclosed this in a statement released to journalists on Sunday in the Federal Capital Territory.

According to the statement, the Controller-General who confirmed the recapturing when he was on an on-the-spot assessment of the prison has constituted a three-man panel to carry out a detailed investigation into the circumstances surrounding the escape and forward the report to his office for necessary action.

Ja’afaru however, assured of adequate security in and around prison facilities across the country to prevent future recurrence. He also added that efforts are ongoing to decongest prisons in line with the reform agenda of the Federal Government