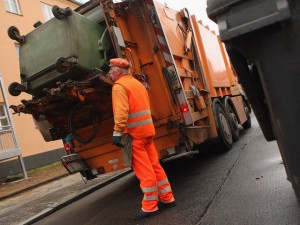 An Oregon man survived an ordeal that can only be described as a real-life nightmare.

Mendez Perez, 23, was sleeping in a dumpster when it was picked up and emptied into a garbage truck.

Perez, along with a load of cardboard, went through the truck’s trash compactor several times and somehow survived.

Perez reportedly escaped with a broken leg and was listed in “good condition” at a local hospital.

According to the Democrat-Herald, the garbage truck driver only realized Perez was in the compactor because he started throwing cardboard out of the truck as it was driving.

“He got out to look and heard Mr. Perez yelling, so he contacted us,” an Albany Police Department said.