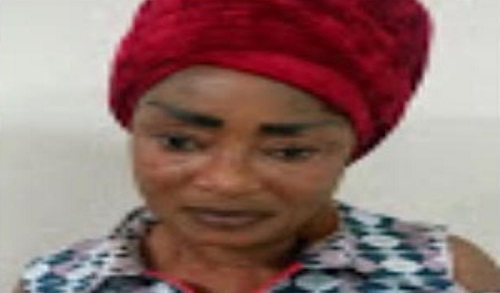 The suspect was nabbed during inward screening of passengers on an Ethiopia Airlines flight from Entebbe, Uganda.

Four parcels of the brownish powdery substance that tested positive for heroin, was found inside her luggage.

According to the NDLEA Commander at the Lagos airport, Ahmadu Garba, the drug was neatly concealed inside the woman’s luggage.

“She travelled to Uganda for one week and on her return, she was found with four parcels of heroin weighing 180 grammes carefully hidden inside her luggage.

“The case is under investigation and the woman will be charged to court soon”, Garba assured.

Confessing to the crime, the suspect, Akinyemi Monsurat Olajumoke, who hails from Ogun State, told investigators that she engaged in drug trafficking to raise money to expand her business.

She said, “I got married after I graduated from Muslim Comprehensive High School, Ijebu-Ode. I am a trader. I used to buy female clothes from India for sale.

“However, due to family problems and the economic situation, my capital is getting smaller and I wanted to expand my business.

“I was introduced into drug trafficking by a friend who invited me to Uganda. I invested my $3,000 into the deal in expectation of over 100 percent profit.

“I am sad that things did not go as planned. When the drug was discovered at the airport, I felt as if it was all over for me”.

The Chairman and Chief Executive of the NDLEA, Col. Muhammad Mustapha Abdallah (rtd), said that the agency is prepared to tackle drug trafficking cartels.

“Uganda is not a source country for cocaine but drug cartels are unpredictable.

“They constantly change their mode of operation but we are prepared to counter all their tricks.

“We will remain vigilant in securing our country from the criminal activities of drug trafficking syndicates”, Abdallah stated.