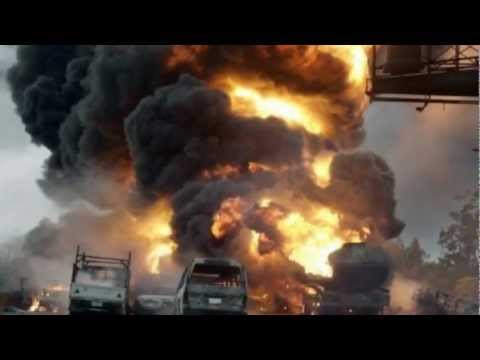 One person has been sent to an early grave while 11 others sustained various forms of injuries in a road accident in Sagamu area of Ogun State after a fuel tanker explode thereby affecting other vehicles travelling.

Confirming the incident, the state commander of the Federal Road Safety Commission (FRSC), Adegoke Adetunji said the accident occurred on about midnight on Saturday citing an eye-witness account.

He said petrol-laden developed a mechanical fault and stopped in the middle of the road, a bus and a truck unknowingly collided with the tanker resulting in an explosion, burning the two vehicles.

“We can’t even give you the number plates of the affected vehicles because, as of the time we got there, they were all burnt beyond recognition,” he said.

However, Adetunji confirmed the dead and the injured have been rushed to a nearby hospital

He urged motorists and commuters to be careful and always be alert when driving and avoid over-speeding.