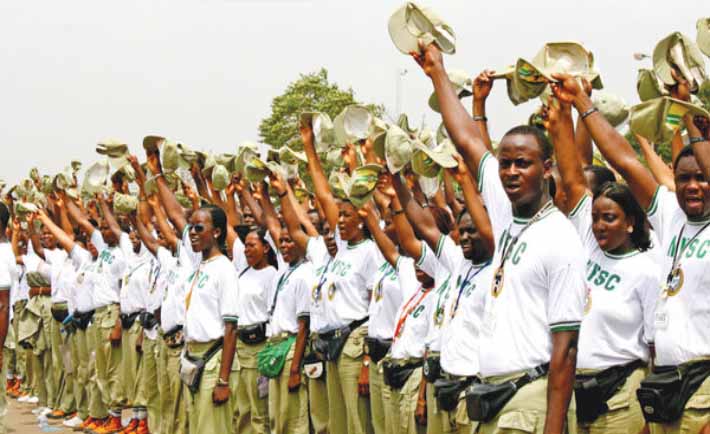 On this day in 2015;The National Youth Service Corps (NYSC)  said it had secured over N200 million bank facility for disbursement to corps members as loans to enbale them start their businesses.

Brig.-Gen. Johnson Olawumi, the Director-General of the corps, said this when the Commander, Guards Brigade, Nigerian Army, Brig.-Gen. Musa Yusuf, paid a familiarisation visit to the NYSC Headquarters in Abuja.

Also on this day in 2015;Two Nigerian soldiers died during an advance through Boko Haram’s northeastern stronghold on Friday when they stepped on a land mine buried by the Islamists, the army said. Two other troops were seriously wounded in the explosion in Dikwa, a town in Borno State that was recaptured from the jihadist group in July, army spokesman Sani Usman said in a statement.

And on this day in 2014;Former Governor of Lagos State Babatunde Fashola said the Federal Government was yet to justify the 52 percent revenue allocation; it received monthly from the federation account.

The former governor, who described the central government as the big brother, lamented that the inability of the central government to deploy the larger percent of the allocation it received from the federation account to provide the basic social amenities like power supply and adequate security, had made “life not too meaningful for the citizens.