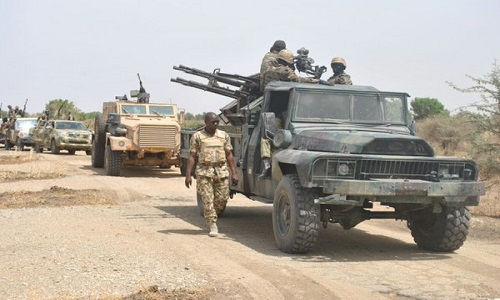 The Nigerian Army yesterday said the attack was launched by the suspected insurgents at about 5:30pm on Sunday.

A statement by the Acting Director, Army Public Relations, Colonel Sani Usman, said “The alert troops rose to the occasion and dealt a decisive blow on the insurgents by killing 16 of them and recovering arms and ammunitions from them”.

Col. Usman said an officer and 11 soldiers were wounded in action during the encounter, adding that they had all been treated at the unit’s medical facility and were all in stable condition.

The army spokesman also said troops on fighting patrol to Dogon Chikun recovered one vehicle and rescued five people from the insurgents.