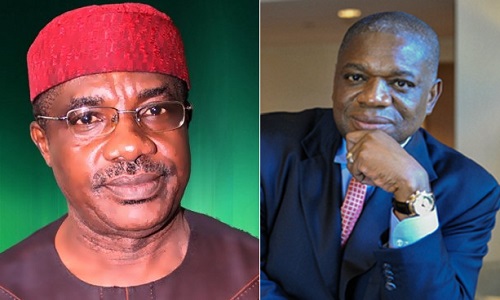 According to the result announced by INEC, Ohuabunwa, who ran on the platform of the Peoples Democratic Party, PDP, polled 26,009 votes followed closely by Kalu’s 25,814, APGA’s Bourdex Onuoha 13,692 while the Labour Party candidate, Nnezi Okoro, got 407.

Delivering judgment yesterday in the petition filed by the APGA candidate, the tribunal’s chairman, Justice James Abundaga, ruled that Kalu failed to prove some of his allegations that Ohuabunwa was not elected by majority of lawful votes; that voting was inconclusive in some wards; there was over-voting, thuggery, voting by many unregistered voters, harassment of voters among others.

Counsel to the APGA candidate, Mr. Perfect Okorie, told journalists that his client did not accept the judgment and would be heading to the Appeal Court.