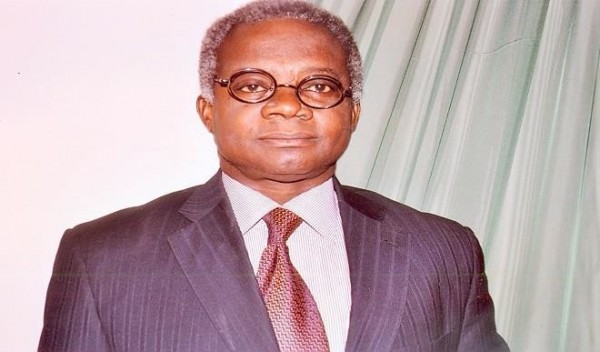 The Director General of the Voice of Nigeria, Osita Okechukwu, has said the actualisation of the Republic of Biafra is no longer feasible and called on its proponents to have a rethink and support President Muhammadu Buhari “in constructing a prosperous and progressive Nigeria”.

The VON boss pointed out that with the unwritten zoning convention for the rotation of political power in the country, a president of Igbo extraction is likely to take over from President Buhari in 2023.

Mr. Okechukwu spoke on Wednesday in Abuja at a colloquium organized by the Federal Capital Territory Chapter of the Igbo socio-cultural organization, Ohanaeze Ndigbo.

The VON boss had made a similar call in June this year when he urged members of the Indigenous Peoples of Biafra and Movement for the Actualisation of the Sovereign State of Biafra (the leading groups for actualization of Republic of Biafra) to drop their agitations and support the present administration.

An attempt to carve out Biafra Republic in Southern Nigeria, led to a civil war between 1967 and 1970.

Successive administrations in the country have always maintained that Nigeria’s unity is not negotiable but that has not stopped the agitation for actualization of Biafra, 40 years after the war ended.

According to Mr. Okechukwu, the greatest indication that Biafra was impossible to actualise, was the successive national conferences in the country where the five Igbo states voted against regionalism.

“If we must tell ourselves the truth, the greatest obstacle to the actualisation of Biafra, was glaringly demonstrated by successive national conferences, the Abacha Conference and Jonathan Conference, in each of the two conferences, the issue of region was voted against by Enugu and Ebonyi states”, he said.

Mr. Okechukwu said Biafra agitators must sample the opinion of the people, both at home and abroad, especially the itinerant travelers if their agitation was for collective benefit.

He said, “One is sure that most Ndigbo will call for ceasefire, especially when we are aware that the zoning convention of rotation of president between North and South offers the South East the greatest opportunity of producing Nigeria president of Igbo extraction”.

“This golden opportunity will end the issue of marginalization, will gazette the true republican nature of Ndigbo and return us to the mainstream of Nigeria.

“The doubting Thomases will doubt this projection, but it is real and anchored on the truism that in the public domain is the law with its legal teeth and the convention with its moral weight, mostly unwritten. This thesis projects that in 2023 when President Muhammadu Buhari, GCFR, by God’s grace completes his two term tenure, it will be the turn of the South.

“At this juncture, Ndigbo relying on equity and justice will make a good case, persuade and lobby Nigerians, in particular our South West and South-South brothers and sisters to support us, since they both had served eight and five years respectively in this 4th Republic. For no one ethnic group can win the presidency of this great country alone”.

Mr. Okechukwu said the scenario he painted showed that if it was good for Nigeria, the Igbo ethnic nationality, which he described as the second largest in population after the original indigenes of Lagos, Kano, and 23 other states of the federation, would be one of the greatest beneficiaries.

He said, “The agitation for Biafra sounds as a good music, much fun and furry as if it is the only route to Eldorado. This is false as some of us who lived in the defunct Biafra enclave can narrate.

The VON DG said he recalled while on the entourage of Mr. Buhari to the World Igbo Congress (WIC) in the United States in 2004, papers were presented to the effect that the United Nations (UN) was processing the application of Ndigbo for an independent Biafra.

“This is over a decade and the germane question remains at what stage is our application? Is their records in the UN which suites our case? If there is none, the option is home-made democratic process.

“As stated earlier only very few are advocating force, and unfortunately, visible obstacles seem to taint the acclaimed democratic process”.

Predicting that the Biafra agitators would denounce him for his position on the contentious issue, Mr. Okechukwu said at 61 years of age, it would be a disservice to his ancestors, Ndigbo and Nigeria for him not to say the truth.

He said, “The agitators will vehemently disagree with me, call for my head and even query the existence of obstacles to the actualisation of Biafra under democracy or force.

“However, at 61 years on earth, it will be a great disservice to our ancestors, Ndigbo and my dear countrymen, for me to swim in muddled waters and stand truth on its head, because one wants to be hailed and idolized.