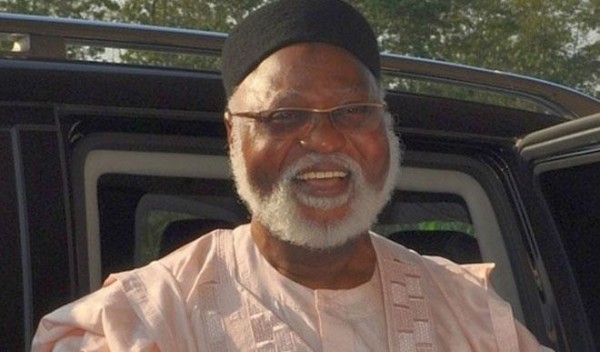 Former Head of State, Gen. Abdulsalami Abubakar (retd.), has urged the media to always verify facts before publishing and broadcasting their stories.

He gave the advice while reacting to reports in a section of the media about the use of bulletproof cars by Adamawa State governor, Muhammad Umar Jubrilla Bindow, in spite of the ongoing economic recession in the country.

Abdulsalami, who was in Yola, the Adamawa State capital for the Regional Conference on Peace Building and Reconstruction in the Chad Basin holding from the 26th – 28th of September, 2016, said, “I have been to Adamawa twice and I was in the same car with the governor on both occasions. I didn’t see any bulletproof cars”.

He, however, maintained that the media has a vital role in assisting Nigeria to reposition itself as a country with a strong commitment to good governance by making public officers accountable to the public.

The former head of State then commended Governor Bindow for his good work in the State and tasked the good people of Adamawa to contribute their own quota by supporting the current administration.

“I have known Bindow before he became governor and I have no doubt that his sincerity and commitment to good governance makes him the right person for Adamawa State.

“Peace is key to the development and growth of any nation or state. It is therefore paramount for all group and religious leaders, youths and every member of the society to support the government in its pursuit for sustainable peace in the region”, he said.

Earlier, the former Head of State was taken round Yola by the state governor on inspection of 66 completed road projects within the capital, initiated and completed by his administration.

Mr. Abdulsalami expressed satisfaction by the infrastructural development and progressive strides recorded by Bindow’s administration in less than 24 months of becoming Governor.

Governor Bindow also informed the former Head of State that there are about 16 road projects in Mubi north and Mubi south, a 35.7km road in Shelleng local government area and 9 more local governments have roads earmarked for commissioning soon.