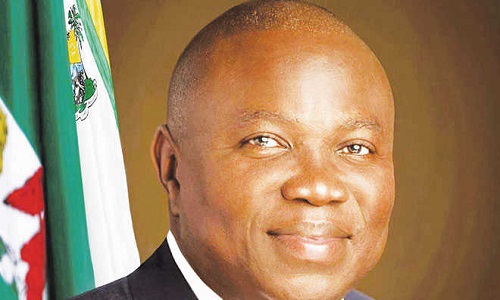 The Lagos State chapter of Nigeria Union of Teachers (NUT) has commended Governor Akinwunmi Ambode for being considerate toward the plight of civil servants.

The state deputy chairman of NUJ, Mr Adeshina Adedoyin, stated this in an interview with the News Agency of Nigeria (NAN) yesterday

He said that the governor had been prompt in the payment of the civil servants salaries in addition to holding quarterly meetings with the labour unions.

He added that Ambode had taken the initiative to clear the backlog of promotions.

“The governor of Lagos state has been prompt in the payment of workers’ salaries in the state.

“He is the only governor that has organised a quarterly meetings with the labour unions to find out about their challenges and the way forward.

“In the time past, we would write to the governor asking for a meeting with us but it was rarely honoured.

“Ambode is the only one who has taken such initiative maybe because he was once a civil servant and knows the plight of workers”, he said.

The labour leader said this was an example that governors should emulate him, especially those who had treated teachers unfairly.

The chairman said that most teachers in the country were either paid half salary or not paid at all.

He said that the attitude of government officials was affecting the educational system in the state, adding that no nation could develop with the level of education in the country.