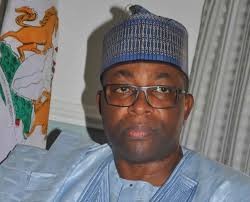 Gov Mohammed Abubakar of Bauchi State on Friday pardoned 22 inmates serving various jail terms in the state. Abubakar announced this in Bauchi in a broadcast to the people of the state as part of activities marking 56th independence anniversary of the country.

The governor said that his administration was dedicated to providing infrastructure to better the lives of the people in spite of the scarce resources at its disposal. Abubakar said that the state was one of the safest in the North East and played host to Internally Displaced Persons (IDPs) from neighbouring states affected by insurgency.

He assured the people of the state that government would accord more attention to security to protect their lives and properties. The governor said he was not unmindful of the sufferings of the people due to global economic recession, promising that the recession would soon be over as government at all levels were striving to check the situation.

He urged the people to support policies and programmes of his administration to enable it provide them with needed amenities.