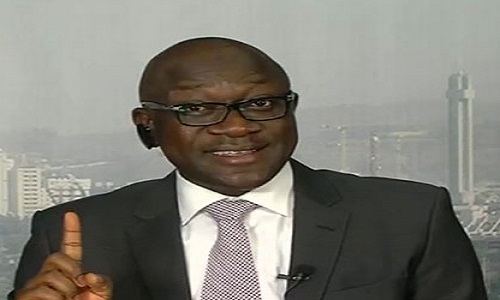 The former Chairman of the House of Representatives’ Committee on Appropriation, Abdulmumin Jibrin, on Monday, failed to make an appearance as the Committee on Ethics and Privileges concluded its probe of budget padding allegations he leveled against Speaker Yakubu Dogara and some other lawmakers.

Jibrin had vowed not to appear before the committee for what he termed partial disposition of members of the panel.

The House had last Wednesday given the committee one week to probe Jibrin (APC/Kano) over alleged breach of the 360 members’ privileges through his media campaign against Mr. Dogara and others as well as allegation of illegal collection of allowances and running costs by other members, including himself.

The committee subsequently commenced the probe on Friday by engaging the chairman of the rules and business committee, Rep Emmanuel Yisa Orker-Jev (APC, Benue), who sponsored the motion that led to the probe.

The Kano federal lawmaker was billed to make an appearance on Monday, but he did not.

After waiting in vain for more than two hours for Jibrin to show up and substantiate his allegations, the committee decided to conclude end the probe.

At the end of the proceedings, the chairman of the committee, Rep Ossai Nicholas Ossai (PDP, Delta), said the committee had given Jibrin all the opportunity for fair hearing to appear and defend himself as provided by the Nigerian constitution.

Rep. Ossai added that Jibrin’s decision not to appear before the panel was also a defence on its own.

“We have given him a reasonable time since last week. I communicated with him and gave him the assurances that fair hearing would be given to him, but he refused to appear. God knows we did our best”, he said.