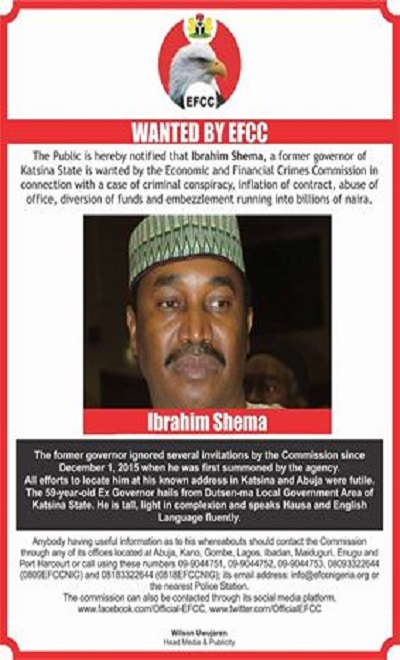 The commission, in a statement on Wednesday by its spokesperson Wilson Uwujaren, said it declared the former governor wanted after he ignored several invitations since December 1, 2015 when the first invitation was extended to him.

Mr. Shema, who was governor of Katsina, President Muhammadu Buhari’s state between 2007 and 2015, is wanted in connection with a case of alleged criminal conspiracy, inflation of contracts, abuse of office, diversion of funds and embezzlement running into billions of naira.

The statement said anyone with useful information as to the former governor’s whereabouts should contact any of its offices located in Abuja, Kano, Gombe, Lagos, Ibadan, Maiduguri, Enugu and Port Harcourt.