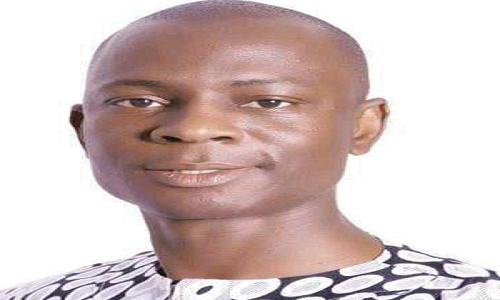 Mr. Azibaola Robert, a cousin to former President Goodluck Jonathan, has landed in fresh trouble with the Nigerian Army over an alleged security threat posed by his company, Kakarta Civil Engineering Limited.

The construction site of the company, said to be sharing a boundary with the Lungui Barracks on the Kubwa/Asokoro Expressway, Abuja, was yesterday taken over by armed soldiers, who sealed of the premises.

Azibaola, his wife, Stella and their firm are currently on trial over alleged payment of $40million into the bank account of one of their companies, One Plus Holdings Nigeria Limited, by the Office of the National Security Adviser (ONSA).

The Economic and Financial Crimes Commission, EFCC, said the cash came from the account of the Special Services Office of the Office of the Secretary to the Government of the Federation (SGF).

It was gathered that the Kakarta Civil Engineering Limited site was allocated to Azibaola by the last administration despite fears raised by the army.

The company is providing engineering infrastructure for the Maitama Extension District in Abuja, home to new official residences of the Senate President and some principal officers of the National Assembly as well as other highly-placed Nigerians.

The army is said to be uncomfortable with the construction site sitting so close to the Lungui Barracks. Of particular concern, is the blasting of rocks and crushing of granite, which raised fears that Boko Haram could take advantage of the site to attack the barracks.

It was learnt that the former president gave approval for the allocation of the land to his cousin’s company following a strong recommendation from the Federal Capital Territory Administration (FCTA).

Soldiers who were drafted to the site at about 8pm on Friday, sealed off the site yesterday, preventing workers from gaining access to the construction site, which serves as a base for the coordination of the provision of services for the owners of plots in the District.

The soldiers said they were “acting on orders from above”.

Aside encroaching on land, which was clearly demarcated as a military zone, a top military source said whenever the company was blasting rocks, it affected soldiers in the barracks, who are forced to “mobilize many times as if enemies were around”.

The Public Affairs Manager of Kakarta Civil Engineering Limited, Mr. Austin Ekeinde, confirmed that soldiers had taken over the site.

He said: “I can confirm to you that armed military men have suddenly taken over our site in Maitama and we have asked our workers to go back to their respective homes till further notice, while we try to get clarification from the military on their provocative action”.

“This action has led to huge losses as even asphalt we cooked overnight for laying this morning has been allowed to cake and waste”, Mr. Ekeinde added.