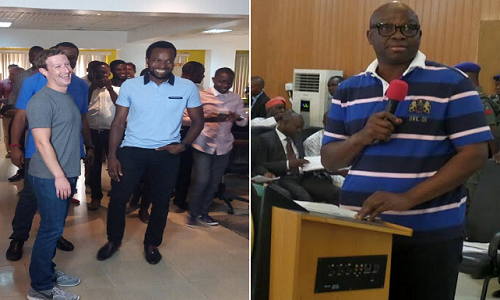 Governor of Ekiti State, Mr. Ayodele Fayose, has labeled Nigerians hypocrites, who condemned him for wearing a T-shirt to the state House of Assembly but praised co-founder of Facebook, Mark Zuckerberg for dressing in similar fashion.

The governor came under fire from a section of Nigerians when he appeared in casual wears to present the 2016 budget estimates before the House of Assembly, last December. Some of his critics said considering the importance of the function, Mr. Fayose ought to have dressed in a formal or traditional outfit.

Fast forward last week, Mr. Zuckerberg, who is listed in the world’s ten richest people, according to Forbes, arrived Lagos last week to meet young tech entrepreneurs, in T-shirt and jeans. He also took to the street, as is his tradition, to keep fit by jogging, without the compliments of body guards or security escorts.

The move earned him rare accolades from President Muhammadu Buhari and Nigerians, who hailed the Facebook CEO’s simplicity and humility, despite being the richest young person in the world at age 31.

In his response to the perceived double standards, Gov. Fayose, while speaking at a meeting with directors of finance and accounts, directors of information, chief internal auditors and others from across ministries, departments and agencies in the state on Monday, described Nigerians as hypocrites, who see nothing good in whatever he does.

“Whatever I do, they will condemn. When I wore T-shirt to the House of Assembly, they said I didn’t dress properly. But when the Facebook founder came to Nigeria, wearing T-shirt and jeans, they hailed him. They said he was humble. Hypocrites, that’s what they are”, he said.

The governor, however, forgot to mention that when Mr. Zuckerberg visited

the president at the State House in Abuja, he was formally dressed in suit. 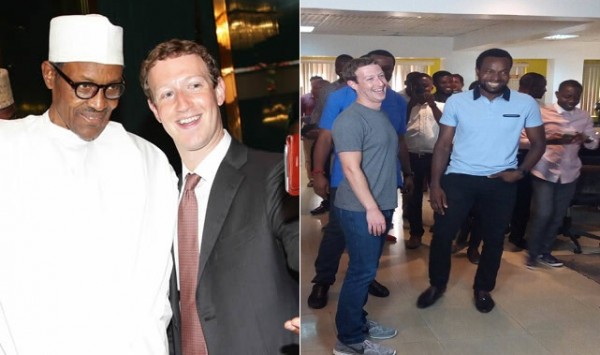