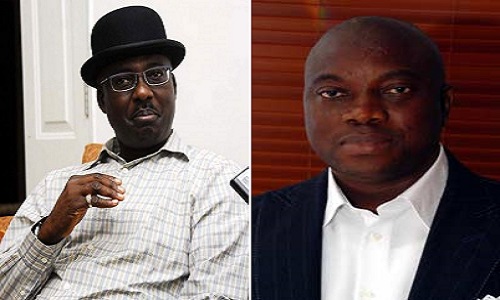 A former Deputy Speaker of the House of Representatives, Chibudum Nwuche, has challenged the immediate past Special Adviser to President Goodluck Jonathan on Niger Delta, Mr. Kingsley Kuku, to return home and clear his name of fraud allegations, if he believes he is innocent.

Nwuche, a chieftain of the All Progressives Congress, APC, who is subject of investigation by the Economic and Financial Crimes Commission (EFCC) over an alleged N2.86billion fraud, had in his defence, claimed that the Presidential Amnesty Office under the watch of Kuku, owed him the said money being a loan he granted the intervention agency.

He subsequently filed a suit, FCT/HC/CV/2609/16 last week Tuesday in the High Court of the Federal Capital Territory, Abuja, claiming that he (Nwuche) is being owed the said sum.

But Kuku, in a statement by his lawyer, Mr. G Ezeuko (SAN), said Nwuche’s claim was false. “Neither me nor the Amnesty Office owes Nwuche the aforementioned money”, he said, alleging that the APC chieftain attempted a smart move to avoid a proper trial of the matter by not notifying him (Kuku) of the suit to enable him defend himself.

Kuku said the Amnesty Office had no reason to borrow money from anybody, including Nwuche since while he served under President Goodluck Jonathan, the office was properly funded.

In his reaction to the former presidential adviser’s denial, Nwuche, in a statement issued in Abuja on his behalf by the FYD, expressed surprise that Kuku had denied requesting and collecting the N2.8 billion from his company purportedly for the payment of stipends to ex-militants and stakeholders during his tenure.

In the statement signed by FYD’s media adviser, Mr. Ik Anyaduba, the company said that it was in possession of a plethora of evidence to prove that Kuku got the loan.

The statement said: “FYD has sued for the full recovery of this money from Kuku as it later learned that he may have indeed diverted the loans to personal use and left the country without proper handover of these and other liabilities he may have incurred while he was Special Adviser.

“Prior to these last contracts, FYD had successfully executed several projects for the Amnesty Programme without a hitch.

“We have our chairman’s full support to prosecute this matter to its logical conclusion as he has nothing to hide to fully support the anti-corruption war of the federal government and expose persons who use their official positions to defraud innocent contractors and service providers, believing there will be no evidence against them.

“It is now obvious that we made a grave mistake in trusting and believing that he was as committed as we were to resolving the Niger Delta crisis and assisting in whatever way possible the stability of the region hence our granting the loans”.