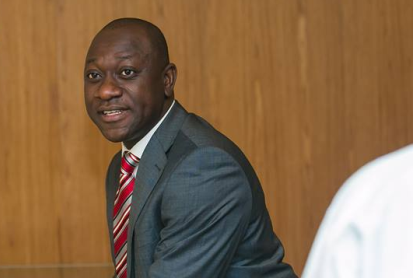 Suspended member of the House of Representatives, Abdulmumin Jibrin, has said that he would use the period of his suspension to go back to school.

The House of Reps last week slammed a one year suspension on its former chairman, Committee on Appropriation, for “breaching the privileges of his colleagues through his various corruption allegations”.

Rather than bemoan his fate, the lawmaker, who has vowed to sustain his onslaught on the leadership of the House, said he would also use the period to enroll for another PhD programme.

“I will use this period to convert my memoir into a book, teach at the university and enrol for a second PhD with research focus on Economic Diversification”, Jibrin said yesterday in a statement.

It was learnt that Jibrin had a stint lecturing at the Nasarawa State University, Keffi, before venturing into politics in 2011, winning a seat to represent Kiru/Bebeji Federal Constituency of Kano State in the House.

In his statement Saturday, which he tagged as his Independence Day compliments to Nigerians, the lawmaker reiterated his allegation that each member of the House collects about N20 million monthly as running cost and allowances, which according to him, they convert to personal use.

He added that following his suspension, one of the security agencies that had sent personnel to protect him due to threats to his life, had withdrawn them.

“I will celebrate the 56th independence of Nigeria by further exposing systemic corruption using running cost/allowances of the House of Representatives. The amount (about N10 million) received monthly at present by members is the least since the regime of this fraud called running cost started.

“At various times in the past, members received between about N10 to N20 million averagely per month and often pocketed the money. I am always telling my colleagues in the House that only international footballers like Mikel Obi are known to legally earn such colossal amount monthly.

“Anybody who can reach Mr. President should inform him that in the face of threats to my life and that of my family, one of the security agencies has withdrawn its officers protecting me. This has made me vulnerable. I have however taken my destiny in my own hands. It is a struggle I am committed to and no amount of threats or intimidation will deter me”, he said.

Mr. Jibrin, however, commended President Muhammdu Buhari for not weighing in on the allegations of budget fraud from the onset, saying had he done otherwise, the Presidency would have been accused of using him to ‘fight’ the Yakubu Dogara-led House.

“If Mr. President had jumped into the matter at the early stage, trust Nigerians, they would have concluded that the presidency is using me to fight the House”, he said. “Such perception and blackmail would have been difficult to deal with. The silence of Mr. President on this matter is a blessing in disguise”.