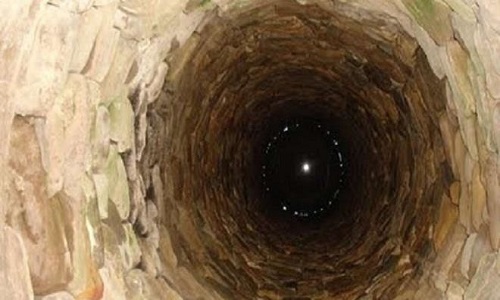 Three persons lost their lives in mysterious circumstances yesterday after getting into a well at No. 1 Hanik Street, Trans Nkisi federal Housing, 33, Onitsha, Anambra State.

The incident occurred on Monday but the corpses of the victims could not be recovered from the “mysterious” well till yesterday (Tuesday), Daily Trust reports.

According to a witness, the first victim, simply identified as James, was contracted three months ago to dig the well deeper in search of water but the 34-year-old man slipped off into the well about 10am on Monday, and could not be rescued.

One of his relations identified as Usai, 32, arrived at about 6pm same day in a bid to rescue him but that would prove costly as he too did not make it out of the well.

The witness said a third person, with an undisclosed name was contacted to rescue James and Usai from the well.

The “lucky” fellow, who was let into the well with a rope tied around his waist, quickly re-emerged with bruises on his face and a strange story of how he was slapped and boxed from different angles in the well by mystery hands.

Following his failed attempt, a fourth person, who demanded N100,000 to remove the victims, suffered a similar fate as he also did not make it out of the well alive.

“He had claimed to have black powers (juju) and even refused to have a rope tied around his waist before entering into the well”, another witness said.

It was gathered that a cock and a ram were brought to a native doctor who was invited to carry out some incantations and spiritual cleansing before the corpses in the well were recovered.

Confirming the incident, Vice Chairman of the Nigerian Red Cross in Anambra state, Prof. Peter Katchy, said, “We don’t know the cause of their death yet, whether it was a gaseous substance that killed them or not. So we call for more investigation to unravel the mystery”.