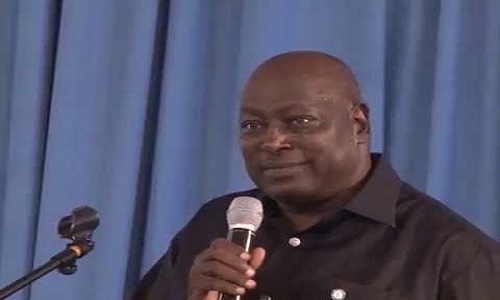 The Secretary to the Government of the Federation, SGF, Babachir David, has received flaks from the House of Representatives committee investigating alleged diversion of funds and materials meant for Internally Displaced Persons (IDPS).

The committee said it was being frustrated by refusal of the SGF and other persons to appear before it and clarify some issues on the allegation.

The Committee on IDPs and the North-East Initiatives, mandated by the house to investigate the allegation, had invited Mr. Lawal to explain how his office spent about N12 billion allocated for the IDPs’ challenges.

The committee is also investigating the expenditure of N270 million by the Presidential Initiative on the North-East (PINE) “on just clearing of grass”.

Also being probed by house committee is the purported allocation of N188.69 million for Nigerian refugees living in Minawao, Republic of Cameroon‎.

Expressing disappointment with the attitude of the SGF towards the committee, its chairman, Sani Zorro, said “The SGF who was slated to have appeared hasn’t showed up.

“He did not write to intimate us on why his office would not come to explain why issues of internally displaced persons‎ have remained un-encouraging, in spite of the billions of naira claimed to have been spent.

“The PINE officials said he’s at the villa.

“But, as the secretary to the government under whose office the rehabilitation of the North-East was placed, we had expected him to come to throw light on the financial expenses made by his office.

“We also expected him to explain the implementation framework being used to spend money.

“We have been inundated by reports of diversion of materials and funds meant for the rehabilitation of the IDPs, and the North-East and the scandal had led to international embarrassment for the country.

“Given the issues of credibility and integrity raised against the agency in charge of the North-East Initiative (PiNE) which falls under the SGF office, we had expected him to respect the invitation”.

However, testifying before the committee, the Executive Secretary in charge of the Presidential Initiative, Umar Gulani, provided some explanation.

He said the N270 million contract was for the removal of 250 kilometres of “invasive plant species along river channels and simplified village irrigation scheme (phase II) in Komadugu Basin in Yobe”.

In reaction, Mr. Zorro expressed dissatisfaction with the explanation, saying, “we are of the opinion that the expenditure of the magnitude you have made‎ is not justified.

“It’s not acceptable that you would spend such a huge amount of money on the clearing of weeds while 2.5 million internally displaced victims of terror go hungry.

“They have no shelter and medical care”.

The committee, therefore, demanded further details from PINE, to be submitted to it without delay.