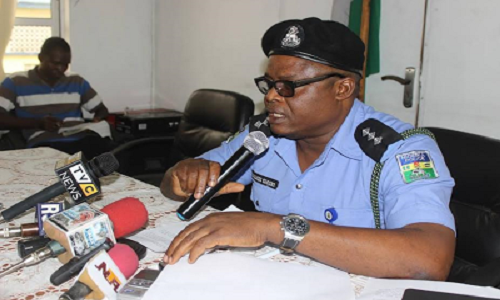 The Commissioner of Police in Rivers State, Mr. Francis Mobolaji Odesanya, has denied reports in a section of the media that policemen and operatives of the Department of State Services (DSS) attempted to kidnap a Judge of the Federal High Court in Port Harcourt, early hours of yesterday.

Governor Nyesom Wike of Rivers State had accused the Police and DSS of manhandling him when he confronted them while attempting to kidnap a judge residing at Number 35 Forces Avenue in Port Harcourt, the state capital, at about 1:00am yesterday.

But, Odesanya, who spoke through the Police Public Relations Officer (PPRO) in the state, Omoni Nnamdi, said he led a team of policemen to restore law and order

following heated argument between operatives of the DSS and policemen attached to the affected judge.

He said, “What actually happened was the operatives of the Department of State Security was there to effect the arrest of a certain judge and when they got there, argument ensured. Police were invited.

“What would have led to breakdown of law and order was forestalled by the wisdom of the commissioner of Police. We were able to carry out our professional duty of protecting lives and property”.