The second US presidential debate was held on Sunday night. Republican Presidential candidate, Donald Trump was on the ropes and knew that only a spectacular performance would save him from political annihilation. 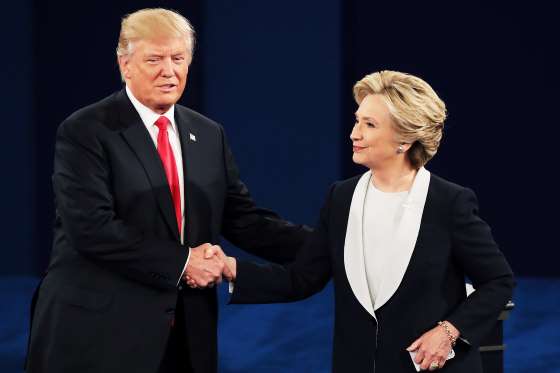 He landed in hot water following the leak of a tape where he bragged about making sexual advances towards women. His comments drew criticism from many GOP figures, with a few calling on him to quit the race.

Having lost the first debate, Donald Trump had the air of a desperate man as he met with women who claimed to have been sexually assaulted by Bill Clinton just minutes before the debate began. His apology for his lewd comments contained references to Bill Clinton’s infidelity, a topic he once promised to never bring up.

The debate was messy and will probably go down in American history for its lack of clear purpose. Donald Trump avoided any questions as moderators Anderson Cooper and Martha Raddatz struggled to keep the debate on course. Trump would go on to interrupt Hilary a record 18 times, as they traded insults until the debate ended.

CNN polls showed many viewers leaning Hillary’s way even though many agreed it was a better showing from Trump compared to the first debate where he seemed unprepared.

57% of viewers reckoned Hillary Clinton won the second debate while 34% thought Donald Trump was the better candidate. It is now two in two for Hillary with just one Presidential debate left until the November elections.