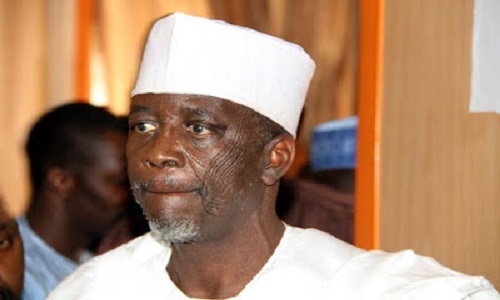 A former Governor of Sokoto State, Alhaji Attahiru Bafarawa, has decried the way he was treated during the 10th coronation anniversary of the Sultan of Sokoto, Alhaji Sa’ad Abubakar III.

The former governor was conspicuously absent during the events marking the 10th anniversary of the Sultan, who was appointed under the Bafarawa administration in 2006.

Explaining the reason behind his no-show at the events, the Peoples Democratic Party (PDP) chieftain, who is the Garkuwan Sokoto, said it was because no invitation was extended to him.

In a statement issued on his behalf by the State Publicity Secretary of PDP, Yusuf Dingyadi, the ex-governor said he held hopes of being invited to the events in light of the role he played in “single-handedly” selecting and bestowing the throne of Sultan of Sokoto to Alhaji Abubakar III.

“Up till the D-day of the event, there was no formal or personal invitation given to HE Attahiru Bafarawa to attend. He left Abuja almost a week before the event and arrived Sokoto, thinking he would be communicated or called upon for his service as Garkuwan Sokoto or someone who in spite of pressure and intimidating threats, single-handedly selected and bestowed the throne to His Eminence, Alhaji Sa’ad Abubakar”, the Sokoto PDP spokesman said.

He alleged that it was deliberate on the part of the organisers not to have honoured Bafarawa with any role, and that he kept out to avoid any embarrassment that his attendance might cause.

Dingyadi, however, noted that despite the treatment, the former governor remained committed to the development and success of the Sultan and the Caliphate.