Police in the Japanese city of Kyoto have arrested a 56 year-old man on sexual assault charges, after he allegedly licked and nibbled a woman’s foot for more than 30 minutes. 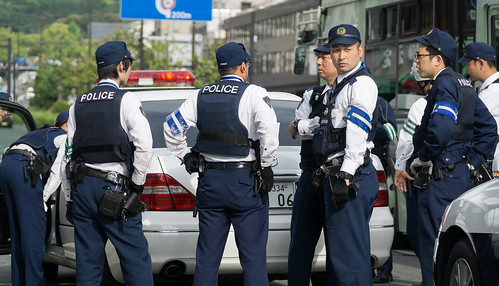 Akira Nishiyama, who was arrested on Monday, was reported to have talked to a woman in her 20s into sitting in the driver’s seat of his car under the pretence of helping him check the braking system.

In the incident which happened in July, Nishiyama grabbed the unnamed lady’s right foot, removed her sandal and began licking the sole of her bare foot.

The woman, whose name is withheld, told police she could not immediately get free because he held on to her ankle.

Several similar cases had been reported in the same area since 2012 and local police had been pursuing the perpetrator, nicknaming him “the foot licker,” Asahi Shimbun newspaper said.

According to the newspaper, Nishiyama at times nibbled the woman’s heel with his teeth and said “thank you” before letting her go after about 30 minutes.

The victim was reported to have managed to use her mobile phone to record some of the ordeal.

She was also able to memorise her attacker’s license plate number before alerting police, the paper said.