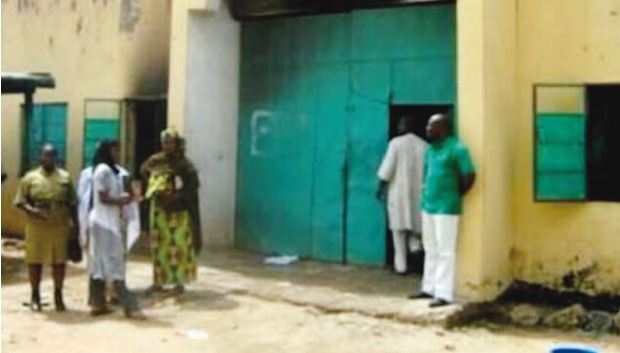 The detention of a millionaire (name withheld) at the Awka Prison in Anambra State has raised the fear of jailbreak in the area.

A prison source, who spoke on condition of anonymity, told Southern City News on Tuesday that there could be plot by unidentified persons to facilitate the escape of some influential inmates of the prison.

He said, “The jailbreak plot may not be unconnected with the presence of some influential persons presently under prosecution in court and detained in Awka prison.

“Among the prominent people in the prison are Chief Emmanuel Nwude and some of his kinsmen from Abagana, who are facing murder charge following their matter with the Ukpo community.

“We heard the plan to cause the jailbreak is to get some big men in the prison currently under prosecution for murder, escape.”

Southern City News learnt that the millionaire was declared wanted by the Anambra State Police Command in September, 2016.

He was later arrested and arraigned over a communal crisis involving his community and Ukpo. He is still under detention.

A vigilante from Ukpo, Emmanuel Okafor, was allegedly killed in the clash, while a police station and two police vans at Ukpo were torched in the fracas.

Reacting to the speculation, the Comptroller of Prisons, Anambra State, Mr. Ubaike Anthony, confirmed that the prison in Awka had been experiencing restiveness in the last two weeks.