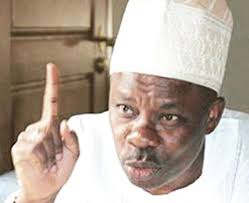 The Ogun State chapter of the Peoples Democratic Party under the leadership of Adebayo Dayo on Tuesday condemned the sacking of 16 labour leaders and suspension of 18 others by the state government.

The party said it found the grounds for the sacking inexcusable, baseless and reckless; and might not be unconnected with the ongoing workers’ strike called by the labour leaders.

The condemnation was contained in a statement signed by the state publicity secretary of the PDP faction, Bolaji Adeniji, released in Abeokuta, a copy of which was given to our correspondent.

It has, however, called on the state government to reverse these decisions.

The statement read in part, “We hereby condemn the sacking of 16 labour leaders and suspension of several others from the civil service of the state.

“The people of Ogun state were yesterday (Monday) jolted at the decision of the Senator Ibikunle Amosun administration to blatantly reprimand the labour leaders in a manner that is logically baseless and coloured in vendetta.

“We are further scandalised at government’s defence and rationalisation of the sacking, claiming it was the outcome of an administrative panel of inquiry into the activities of the affected officers during the October 5, 2016 World Teachers Day celebration where they were indicted to have “gotten involved in partisan politics by receiving monies from politicians and hiring a musician to sing the praises of politicians present at the event”; which to government, are contrary to extant public service rules.

“The PDP finds the grounds of the sacking as inexcusable, baseless and reckless; which may not be unconnected with the ongoing workers strike called by the labour leaders.