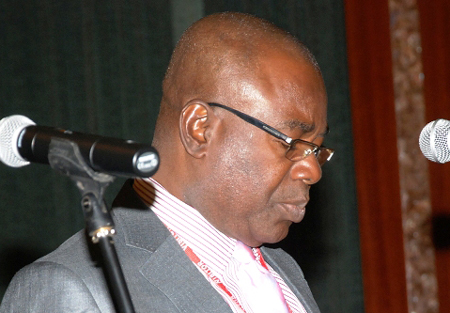 Mr. Duruiheoma said this on Tuesday in Akwanga, Nasarawa State at the review workshop of Phases 1 and 2 of Enumeration Area Demarcation (EAD) as well as training of the trainers for the 2018 census.

He said the fund would be used to conduct a scientific census that can stand the test of time despite the dwindling resources of the country.

The chairman explained that the budget had been spread over four years to handle different components of the census exercise.

Mr. Duruiheoma said the money was for procurement of hand-held devices for the biometric based census; engagement of 1. 5 million field staff; training of field officers and other preparatory activities.

He said the commission was not unaware of the concerns raised in some quarters about the affordability of the census budget.

Mr. Duruiheoma, however, noted that the benefit of the census to the nation outweigh immediate financial considerations.

“There is no better time to conduct a census than in this period of economic recession.

“Coming out of a recession is definitely a complex and difficult task that can be made easier through demographic data as a compass for economic revival Programme.

“Census will serve as a guide in identifying human elements that can be exploited for development process and formation of people responsive welfare Programme,” Mr. Duruiheoma said.

The NPC boss maintained that the EAD was the bedrock of the census and formed the basis for the planning and execution of the census project.

He explained that the EAD exercise involve the division of the country into small geographical areas to facilitate enumeration and scientifically verify doubts and contentions.

“For the avoidance of doubt, the EAD exercise is not the enumeration of persons living in the country and its outcome will not in any way determine the population of any community, local government or state,” he said.

He emphasized the need for the training the trainers exercise saying, “the quality of the personnel for the EAD has great impact on the outcome.”

Mr. Duruiheoma said the commission was not leaving any stone un-turned in order to ensure that the EAD for the 2018 census was carried out meticulously, professionally and scientifically.

According to the NPC boss, the 2018 census would be free of manipulation through the EAD as it would be biometric based requiring the capture of finger prints and facial impression of persons during the exercise.

He said that the phase 3 of the EAD would be concluded by February 2017, when 74 local government areas in the country would have been completely demarcated.

Mr. Duruiheoma said it would involve two LGAs in each state and the Federal Capital Territory (FCT)

He added that other local government areas would be covered in subsequent phases depending on availability of funds.

He urged Nigerians not to treat census as an extension of politics driven by narrow political consideration at the expense of collective national interest.

Suleiman Hunkuyi, Chairman Senate Committee on National Population and Identity, in a remark, assured the NPC of the senate’s unflinching support to ensure the successful conduct of the 2018 census .