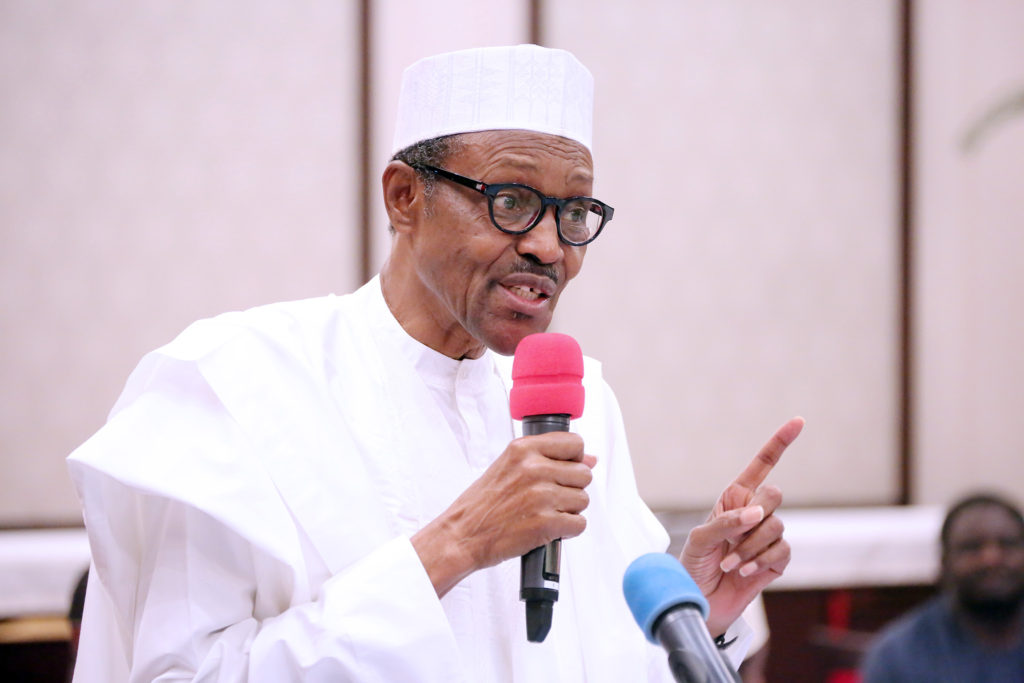 President Muhammadu Buhari Thursday in Abuja said his administration remained committed to realizing the key priorities of securing the country, fighting corruption, and salvaging the economy in spite of current challenges.

Receiving the Letter of Credence of the new United States Ambassador to Nigeria, William Symington, at the State House, President Buhari said the security situation in the North East had improved significantly following support in training of the military and supply of hardware after the G-7 meeting in Germany in 2015.

‘‘When I was invited to the G-7 meeting after my inauguration on May 29, 2015, I thought I was going to be an observer at the meeting, but without prompting, I was asked to brief the leaders on the security situation in Nigeria, and I did. Since then, we have received support in training and military hardware, and I hope we have not disappointed,” he said.

The president said the target of reversing the ‘‘culture of corruption’’ in the country had received support from Nigerians, with many realizing the depth of damage done by some previous administrations from the ongoing investigations and prosecutions.

‘‘The corruption we met at personal and institutional levels was unbelievable. Corruption was turning into a culture. After we came in, people started realizing the truth,’’ he added.

President Buhari told the U. S ambassador that his administration is still determined to continue investigations and prosecution of corrupt persons in the country as ‘‘Nigeria will either kill corruption or corruption will kill Nigeria in the long run.’’

Mr. Buhari noted that the years of mishandling of the economy at a period of financial prosperity, affected the economy, making it more challenging to create employment for the youth and improve the livelihood of many Nigerians.

‘‘It has not been easy for another party to come in and get things done properly, especially with the new economic reality of $37 per barrel of oil, against the $100 for the period, and there was no savings, no infrastructure on ground,’’ he said.

President Buhari said the timely intervention of the United States, with a visit of the Secretary of State, John Kerry to Nigeria, before the 2015 elections helped in ensuring peace and stability in the country.

In his remarks, the U.S ambassador said the interest in the well-being of Nigeria was of mutual benefit.

‘‘We do it not only for Nigeria, but for ourselves. We did it because it was right for us and right for our people,’’ he said.

Mr. Symington said he would work hard to further strengthen the relationship between his country and Nigeria, assuring that President-elect Donald Trump would also be interested in the well-being of Nigeria.

President Buhari also received Letter of Credence from the Ambassador of the Kingdom of Morocco, Moha Ouali Tagma, assuring him of Nigeria’s willingness to improve bilateral relations between the countries.