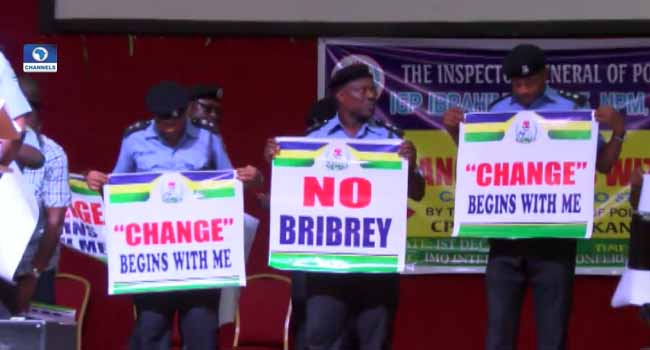 The Imo State Police Command has keyed into the “Change begins with me” campaign brought about by the Federal Government, thereby promising the citizen of the state improved service delivery.

While speaking at the official launching, the Commissioner of Police in the state, Taiwo Lakanu, said the aim of the campaign is to change the perception of the public about the force and its personnel and also correct the attitudinal problems and negative habits in the institution.

Lakanu said the general public is entitled to a better service delivery by the Nigerian police force and as such, must have a better perception of their services.

Though, he admitted that most Nigerians  perceived the police  as being corrupt, he insisted that it was impossible for every policeman to be guilty of the vice.

He assured that the police in the state, under his leadership, is working assiduously to effect a change of attitude among members of the force, citing the setting up of a monitoring unit called the ‘X Squad’ to serve as an organ for police oversight and accountability at the command as a case in point.