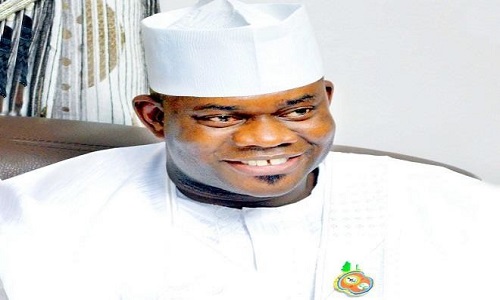 The Kogi state government has completed its personnel verification and has fixed Dec. 20 as deadline for payment of all outstanding salaries.

The government has also set up an appeal panel to look into cases of staff, who may have any grudge against the decisions of the verification committee.

The government has also assured members of staff affected by the exercise that they would be  resettled adequately to be self-employed.

A statement released by Mr. Kingsley Femi Fanwo, Director General, Media and Publicity to the Governor of Kogi State, said that the state had been paying a humongous heap of wages and salaries to workers, thousands of whom were unintended and unmerited salaries.

“The numerical implication of this is that we paid nothing less than one billion naira to ghost workers or unintended beneficiaries every month.’’

He said that confronting ghost workers cabal in the system was one of the patriotic decisions of the present administration.

The aide said that the decision to fight ghost workers emanated from statesmanship rather than a political mind.

The results of the verification show that some names on the payrolls were completely non-existent.

He said that thousands of “workers’’ did not even turn up for the exercise.

“Some were not properly employed. Improper employment involves, but is not limited to, giving appointments without due process.

“Also, some workers falsified documents relating to their educational qualifications, age and other information.

“We also have people who were earning multiple salaries. This would not have been possible with a digitalized payroll, which is one of the objectives of this noble exercise.’’

He explained that the exercise had also been able to check “diaspora workers” – people who claim to work for Kogi State were staying and working in other cities like Abuja, Kaduna, PortHarcourt, Kano and Ilorin.

Some even have appointment letters bearing Kogi State since 1983 when the state was only created in 1991, he said.

“Any affected worker will continue to have the opportunity of complaints as the exercise will be a continuum.

“All of these were put in place to ensure that the workers have access to justice under the New Direction Agenda.’’

The exercise would free funds for infrastructural development, which will serve the over 90 per cent of Kogi people, who are not on the payroll of government.

The exercise will also help genuine civil servants enjoy regular payment of salaries and help to determine the duty schedule of civil servants and restructure the service for efficiency.

He explained that in the past few days, workers have been receiving salary arrears of between 4 to 10 months, depending on when the workers were cleared.

“This is in line with the promise of the Governor to ensure workers are paid all their salaries, including the December salary before the 20th of December.’’

The Governor, he said, has plan for those who are affected and who want to work.

He said that the government would not just throw affected workers into the `dungeon of uncertainty and poverty’ and thus explained that government had developed a plan to empower them to become employers of labour.